Home People How we talk Keipon or capon?

A particular way of calling the capon ended up bearing the name of a popular festival. 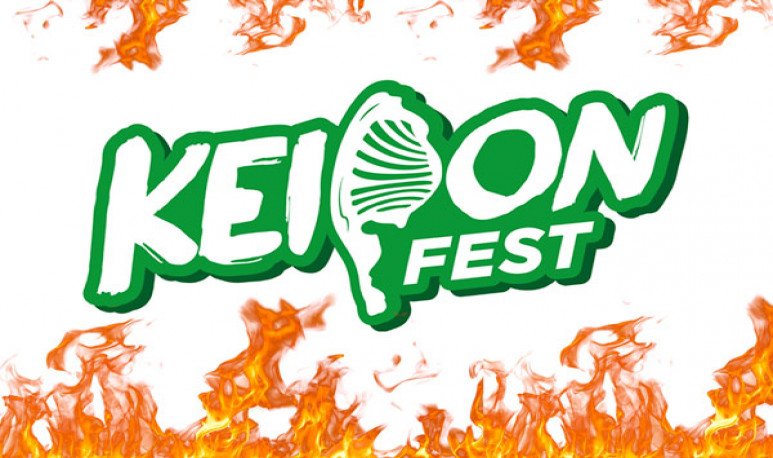 As a grace, the term “keipon” was born in Chubut , especially in the Lower Valley area, and in the town of Dolavon — a village located about 20 kilometers from Gaiman and almost 40 from Trelew — they  got juice from that and ended up creating a popular holiday.

Let's go in parts: “keipon” is ironically told the capon. What is the capon? It is the castrated male lamb that, first, is worked for wool. Generally it produces between 8 and 9 kilos, two more than the sheep. It is a meat with more fat and therefore cheaper on the market.  It is more “popular”, so to speak, in relation to the classic Patagonian lamb  and a cheaper alternative to high prices. Is that the same thing? Of course not, but he doesn't stop being rich.

How the word keipon was born is an unknown, but it does not matter because it began to be used and massivised. Friends or families came together to eat keipon roast. It was a joke and it was, and there were those who dare to go further.

What is the grace of giving it an Anglo-Saxon touch? It's putting humor into the situation, wanting to give a certain class to the popular.

Dolavon's mayor Dante Bowen explained it in 2019 for a kind of controversy that was generated by putting Keipon Fest to the festival in honor of the capon, because there were no shortage of those who considered that the roots of the countryside were lost:

“ Why does the butcher make a joke and say keipon to the capon? Some think it's to be fine, to give it a name in English (they didn't understand it). The truth is that the English word does not exist, keipon is an invention of the people, it is a word invented by the lunfardo like so many others. The keipon is clearly ironic, so it is said almost as mocking those who make chetos with extravagant names. It is to pay tribute to a noble and popular meat, like the fat that dripping it when we cook it on the grill. Keipon is a meat that saves us potatoes in times of neoliberal government, so that workers can eat a roast. The capon is a town! “.

It could be interpreted as a satire of conversion — according to popular belief — of “give me the curry” in chimichurri, or perhaps from a process in reverse, since, in principle, the word keipon does not exist and an eventual pronunciation at first glance is made of someone who speaks in English when reading the word “capon.”

The point is that, in Dolavon, the ironic name of the capon was brought to baptize a feast. That's what made way for the Keipon Fest

In May 2019, the first edition of the Keipon Fest was held, a gastronomic and cultural event that joined the popular festivities held in the town of Dolavon, such as the traditional Corsics that bring together comparsas from all over the region and the “Chorilavon”, another festival popular food, in tribute to the production of the renowned dolavenses sausages, which are among the most sought-after in the Lower Valley of the Chubut River.

The party had a great turnout, which was calculated at least 10 thousand visitors, not only to taste the capon, but to enjoy the regional and national shows that were of the game and performed above the two stages that were set on the premises, where a series of stands were also arranged for offer capon in different variants. Pies, for example, were quite a success.

For April this year the second edition of the Keipon Fest was scheduled, but for reasons we all know it had to be suspended.