Home People How we talk He speaks quarteapot

Because we are quarteterers to the core and that is why this musical genre constitutes our ways of speaking. In this note we tell you a little about the musical influence on our tonada and our words. 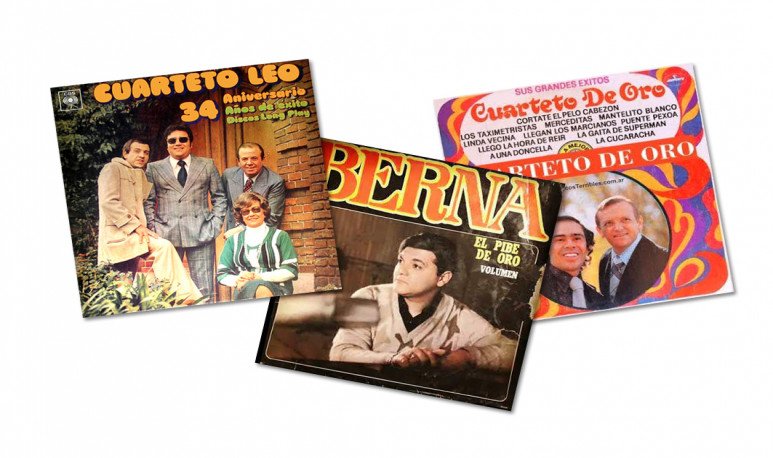 The popular sociolect of the speech of Córdoba is deeply marked by the quartetazo   .  A musical genre that means  much more than music.   It is a way of living life, a way of walking, walking and a ritual that embraces everyone who dare to feel the sounds of tunga tunga. This religion constantly leaves  idiomatic marks that constitute us. This is due to the fact that the quarteterers adopt the new forms and another little because the  lyrists of this genre  were making it possible to standardize the  proper modes of settlements marginal and popular.   The dissemination of this genre meant that these expressions, previously reserved only to vulnerable sectors, began to belong to different areas. And even to  be claimed.  Since there came a time when  the entire Cordovan community  listened to this kind of music.

The songbook is dictionary

The Cordovan quartetero songbook is composed of thousands of artists  and has a long history of compositions and rhythms. Groups such as the Leo Quartet, Berna Quartet, Golden Quartet, La Mona Jimenez, Trulalá, Rodrigo, La Barra, Pelusa, Damián Córdoba and others developed their hymns and  spread this musical style   quickly.

The quartet was born with the history of Córdoba , when immigrants left their territories inside the province to taste the urban flavor.   The cordoble gringa pampa crossed  the tarantela and the pasodoble  , and musical instruments (an accordion, piano, violin and clarinet) joined a song that animated  peasant dances.   In the '40s, this pace reached La Docta with impoverished country pawns and chacareros, attracted by the  industrialization process  that the city suffered. Thus, the new chords were based in  the humble houses, the ranchadas, the neighborhood clubs  that used the ritual as an  excuse to share.  And then it served as an object of dispute that  sought  his own space  between tango, jazz and cumbia.

Maybe it was  because of that confluence  that one good day a light, rustic, light music began to sound, that he intended nothing but  to move the neighbors' feet.  The quartet was taking  something from every migratory culture , from elementary Italian, Spanish folk music to African influences that black slaves invariably left throughout the continent. Fifty years ago,  the story of the Leo quartet, or the  legend of the tunga-tunga,  that is the quartete passion, began to be recorded.   Marzano, the great mother of the quartet, changed the color of the rhythms that sounded commonly and had a  danceable impact  that finally shaped the  quarteazzo.   The Leo feature is  the starting point for professional quartets  and, in the 1970s, this music occupies important spaces in radio and television programming, and attracted  the interest of the most prestigious recording companies in the country.  The Leo, La Bern and El Cuartet de Oro that placed  10,000 plates on each launch.

The second boon is today Juan Carlos 'La Mona' Jimenez who has long surpassed the figure of  three million copies of his 82 CDs for sale.  Tango and quartet, poslunfardo and 'Cordobés dialect' are the perfect ones that were nurturing Cordobés.

But... let's go to what we have to do is the  quarteter dictionary.   And the way in which, from different words that emerged in the musical sphere, different words were consolidated  in general society .

Informal way  to refer to the music genre of the quartet.

It is used to name women with attractive physical attributes, octopous and eye-catching attire. It means girl, young woman.

“ I'm your chichí, I'm the one who always wants to see you very happy” -  Las Chichis

A euphemism to call the butt.

Decreased ones that are used with an effect that brings to the rhythm are very common.

Verbs, adjectives and much more are derived from the musical genre, because the quartet is not only a way of making music,  it is a way of speaking.

Dance is the quintessential ritual of every quarteter. It does not refer to a particular dance, but the event in which the great artists of the genre offer their show to the public.

They are the typical drinks of the previa or during the dance.

The answer  of uncertainty in the face of complex interrogation.   And where is the ferné? What if it, what if it is. And who took it? what if it is, what is it.

The only phrase you have to say if someone says,  “Shall we go to the dance?  “