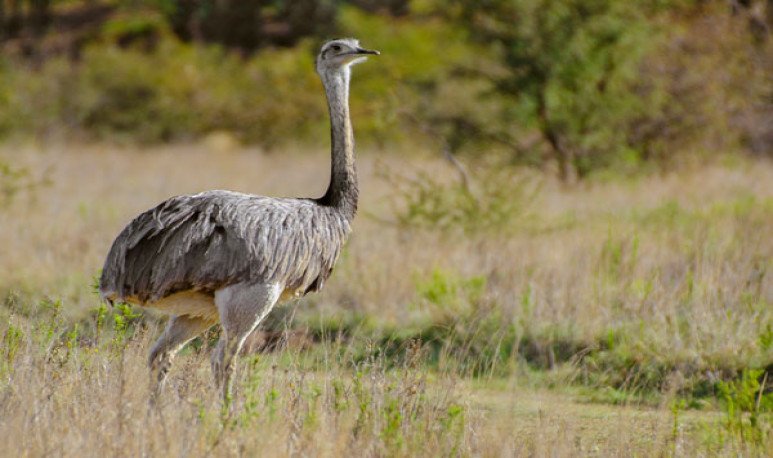 If you hear someone say that they sent a box with the  nandu , or that someone climbed into the nandu to go from one city to another, don't think that they used that animal to move or send an order.  Maybe  —  most likely  —  you're talking to a  Chubutan .

Sometimes we talk and take things for granted without thinking that a person who is not part of our environment may misinterpret or, at least, be thinking long and hard about what he has just heard, especially with the ease with which we speak.

Just as " calorama " arouses uncertainty with the interlocutors of some Patagonians who use that term to refer to the stove , to hear a person say that he climbed his child to the stove.andu to send him to another city to visit a relative may sound quite disconcerting.

The explanation is very simple, and is that the company that links the towns of the Lower Valley of the Chubut River, such as  Trelew , with the villages of the plateau, such as Gastre or Gan, is called “Transporte El Ñandú”.

Those who have it incorporated speak freely about the firm because, for Chubutans, it is the most normal thing in the world. It is the equivalent in the City of Buenos Aires to take “8” to go from  Casa Rosada  to, for example, Liniers through the  Congress , or in La Plata take “the 273" to join Parque Saavedra with Plaza Italia.

It sounds like a joke, but  there are not a few people who have been impressed because a minor was climbed “to the Ñandú” to go to Trelew  and have asked how an adult could think of, who should be responsible, such a thing.

“What was I going to do? I missed the parents, so I took him up to the Ñandú and sent him to the house.” It's not a joke about the conversation or a horror reaction to the phrase. If someone says something like that to you, don't be afraid to ask; it's not going to be the idea that a baby hugged around the animal's neck and walked the inhospitable Patagonian plateau to their home.

One thing that could distinguish earlier  Chubutans , and perhaps  Patagonians , was the concept of “collective” to refer to urban, interurban and long-distance transport.

It was generic: it didn't matter if a young man went from his hometown to study, whether he went from one city to another within the area, or whether he crossed the city from one end to another. In all cases, a collective was taken.

Perhaps over time, the idioms incorporated by careers elsewhere, or globalization itself — to name it in some way — gradually incorporated into the language the words " bondi "and  micro ”. It's like it came as a synonym for collective, so surely those who utter the word also use it as a generic means of transport, no matter what trip you're going to make. In some places, there are criteria for calling it according to the route and the distance, but it is not something that is entirely clear, so I will not go deeper.

Returning to the question of the beginning, it will not be amusing to make it clear that, to connect the valley and the plateau, we Chubutans do not climb a ñandu and cross the field, but rather get on the collective (or the bondi, or the micro, whatever they like to call it). “El Ñandú” makes it possible to go from one side to the other for those who do not have their own mobility.