Home People How we talk From Piedmontese to Cordoba

We tell you some expressions that were given to us by our Italian ancestors from the Piedmont area and that today remain valid in much of Cordoba. 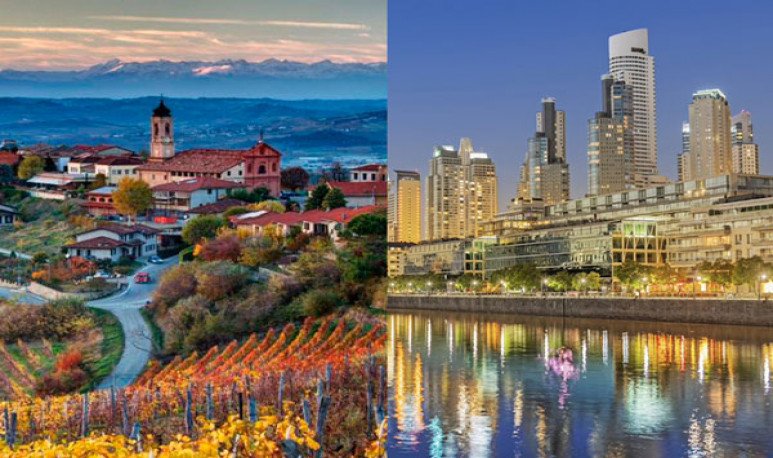 The great Italian influence in the area of Cordoba and Santa Fe is evident.  Our  roots tanas are still visible not only  on pasta Sundays, but also in  the way we talk . We retain  those, sayings and expressions  that are constituent of our identity.

Piedmontese occupied the area between western Santafesino and eastern Cordoba. Communities such as  San Francisco, Morteros, Rafaela and Las Varillas  conserve  Piedmontese customs and ideologies.   That is why it is a pleasure  to hear them talk and share time with families of Piedmontese descent to discover new customs. In this case, in the month of the founding of San Francisco, we tell you  which Piedmontese expressions are  most used in this area.

It is rudeness   that we inherit , because bad is also repeated from generation to generation.  “ Porca madonna”  is literally an insult to the virgin Mary. However, in everyday use its meaning is not literal. It's an insult or a way of cursing a situation. This expression is in force in  contemporary Italy and is the  protagonist of  many memes . In San Francisco, it's the bedside insult.

The correct way to write it in Italian would be  “altro che”,  and its Spanish translation would be  “otra cosa que” or “otra que”. It is an expression that was  transformed from the Italian language into Cordoba,  and it remained. Its meaning is varied and depends on the context. In some situations it can mean “no way” (referred to doing something): “You want to go, you stay”. But its  most widespread  meaning is the reaffirmation or exaltation of some comment made: a “How hot it is today!” you can answer “Altroqué heat”, which would mean “Yes, tremendous heat”.

The correct way to write it in Italian would be  “ma che”,  but in Argentina we use it like this. It means  “but what...”  and we use it that way. However, it  comes from complete Italian phrases,  which could be  “ma che dice”, “ma che cosa dici” “ma che cosa fai”.  The Argentines in this area had only the “ma qué”, with almost the same meaning. It's an unfinished expression, which says it all. Try to express disagreement or question what is being said, by doing or establishing  as its meaning  would be equivalent to a “but”.

Much like the previous expression, but with a totally opposite meaning. The “Ma yes” is used to  affirm and emphasize what has been said.  It would be  equivalent to “vevó” cordobé.  Try to express agreement or agreement with what is expressed in the conversation.  Do I understand?

It's a  way to discredit  everything that's been said.  Its meaning is something like  “it's all nonsense.” It's the main phrase if you have to get out of a rumor that involves you. “Tutte vale” detracts from what is being said.  Its equivalence in Cordoba would be “according to vó”.

These expressions come  from Piedmont, in Italian: Piedmont; in Piedmontese: Piemont.  This is  one of the twenty regions that make up the Italian Republic. And where came a great wave of immigration flow.Its capital and most populous city is Turin. It is located in northwestern Italy and is  the second largest region  of the country, after Sicily. This region stands out for its agricultural activity. And that is why the Piedmontese arrived in Argentina were the ones who dedicated themselves to tilling the land. A custom that to this day is preserved and stands out to the San Francisco area, for example.

At least five historical languages were identified in this region.  One of them is Piedmontese, which is the language with more than two million speakers.  It was the primary language  of the emigrants who left Piedmont in the period 1850-1950. And they left for countries like  France, Argentina, Peru, Uruguay and Chile,  which today have these Italian lexical and phraseological brands.