Home People How we talk Difficult names? Say them in santafesino!

Some towns in our province were given names difficult to pronounce. But we Santafesinos translate them into our language. 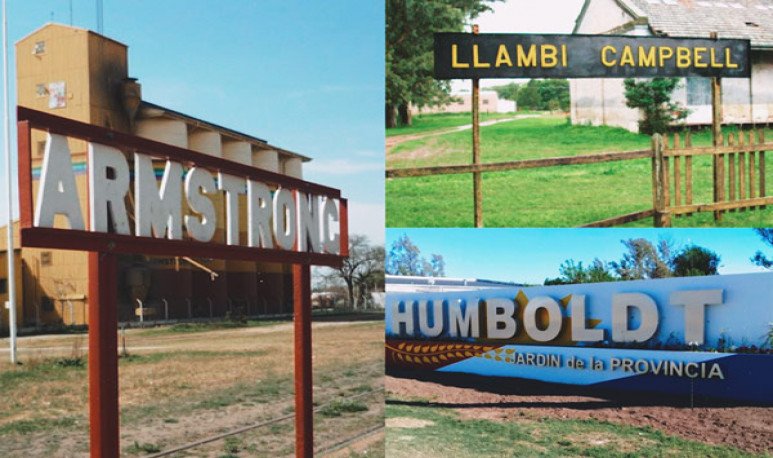 Due to the mixture of races that populated the lands that today are the province of Santa Fe,  something very particular happens with the names of certain localities . Many of them honor, by their name, someone who had to do with the history of the people, or were simply its founders. The thing is that some of them came from places in Europe like Scotland or France. As we know, these sites speak languages that differ greatly from ours, especially in pronunciation .Thus, people, communes and cities in Santa Fe bear names that are written in one way, they should be pronounced in another, according to their language of origin, but, in practice, they are said in a different way. In many of these cases, especially for those who know “the original language”,  the way we pronounce those names Santafesinos can be very fun .

We review in this note those towns and cities to which we Santafesinos tell how we do.

I really love this one. Just as I put in the title, Yambicámbel is really as we say in Santa Fe to this commune, which we already talked to you in Ser Argentino. Llambi Campbell , 50 kilometers from the capital city, is characterized by  a beautiful barbecue to the stake that summons many people year after year. It is a town that also has a long railway tradition . It was founded by a very important guy in Santafesina politics of the end of the nineteenth century. It is not that this good man named Paulino, was the son of Pedro Llambi and Trinidad Campbell. Surnames are not soooo rare, but funny and “asantafesinate” is generated at the union of the two.

Cerquita de Esperanza, the thriving town of the centre of Santa Fe, is this town that is not far behind either in development.“There's a lot of twine in Umbol,” says my old man. The truth is that one of those localities that have been able to translate into welfare and safety for its people, everything generated by productive tambero work. Founded by Swiss and Germans, they baptized this village in honor of Alexander von Humboldt , a famous character in Prussian history.

There is no need to give it:  of the languages within all known to Argentines, there should be no more difficult to reproduce orally than German . It's not hard to understand why we call Humboldt Umbol.

There is a town in Departamento Belgrano that is located at the intersection of the Rosario-Córdoba Motorway with National Route 178. It is 95 km from Rosario and 20 km from Cañada de Gomez. It is one of the most football towns in the area. In a story similar to that of Llambi Campbell, it owes its name to Tomás Armstrong, one of the pioneers in the development of the railway company. It's called, then, Armstrong. But  too much effort is already made by Santafesinos to pronounce that “n” between the “a” and the “s”. We tell him Anstron, and nothing.

And this other is a small town located in the General López department. It is located 20 km from the Buenos Aires city of Colón, 10 km from the border with the province of Buenos Aires and halfway between the towns of Pergamino and Venado Tuerto , with National Route 8 its main route of communication. It is considered the “provincial capital of music”. The founders of this beautiful town had no better idea than to pay tribute, with his name, to  whom he installed the first railway in Santa Fe and Córdoba . The thing is, this good man  was named William Wheelwright. Go pronounce it. For us it's Uilrai.

And, at home, how are we doing?

I invite you to tell us cases from your province. What names of towns and cities are unpronounceable in the Argentine language? I know one of our Cordoba neighbors. There's a town called Jamescrai, because they named him in honor of a Scottish entrepreneur, James Craig. Witty like no other Argentine people, the Cordobeses even wrote a funny folk song that includes this story. At the rhythm of Gato, Los Cuatro de Córdoba sang in the play “Pateando sapos”: