Do you know how to speak Cordovan? Here, an incomplete glossary of the most used terms. 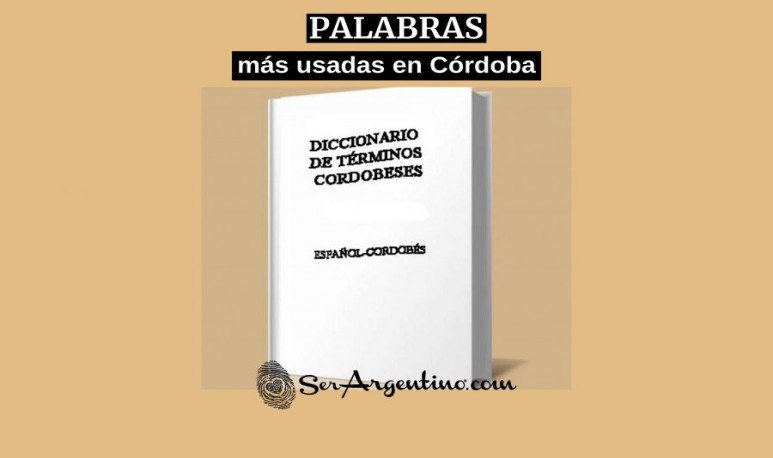 Each province of our country has its own vocabulary and Cordovan is perhaps one of the most original. And also unabalable. For you to know some of the most commonly used words in Córdoba, we leave you the following glossary. What else would you add?

Oh , Cara'e.  Used in derogatory or holiday nicknames alluding to physical features.
Billboard . He's got a good reputation. Bragging.
Chomaso . Mediocre, inferior quality.
Chordobesism . Cordovan condition. Turns and features typical of the Cordobeses.
culiao  Of connotation and variable use, such as insult, admirative exclamation or appellative interjection.
Fernando . By paronomastic game with the name Fernando himself, this is the name of the drink obtained from the mixture of fernet with soda cola.
Guaso . Unnominated subject.
Imtituto . By syncopa, Institute (the football club Instituto Atletico Central Cordoba).
No, if you go...  ironic replica that highlights the redundancy of a comment.
Malondon . It is said of the one who has bad vibes, negative attitude.
Ninety two ten . Say about the fernando prepared with the following proportions: ninety percent coca, ten fernet and two ice.
Ocote, give.  From Spanish (vulgar) ocote -ano-. Disgust, shame or pity.
Ocote, have.  Be lucky.
Papudo . Negative connotation. Tb. papazo.
Pipicucou . Nice, cute.
Pirate . Nickname of the football team, the swollen and the Club Atletico Belgrano de Córdoba.
Pritiau . By derivation from the trademark, the wine mixture with Pritty soda is thus called.
What abuse!  Resemantization of Spanish “abuse”, with positive connotation.
Seventy thirty.  Say about the fernando prepared with the following proportions: seventy percent coca, thirty fernet and three ice.
Noodle  Nickname of the football team, the puffy and the club Talleres de Córdoba. Also, just the T.

An Argentine model of work and effort

The best audience in the world?

A sailor never abandons another sailor