Argentines love to make analogies and take metaphors for our passion: football. That's being a ball head. 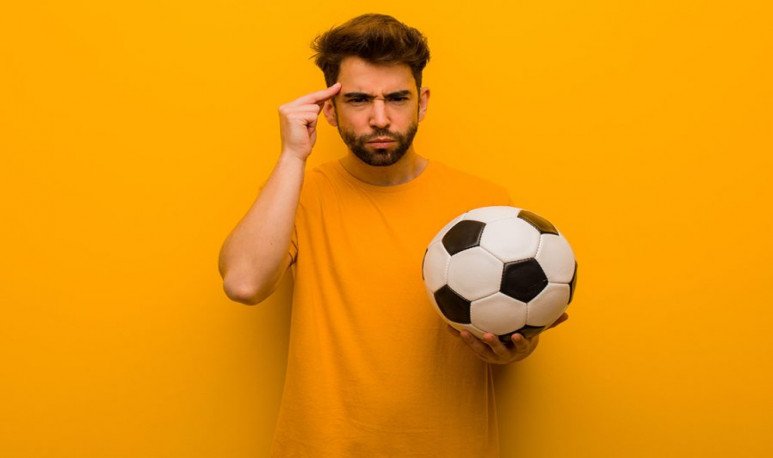 As we have explained on more than one occasion, in our daily lives there are many comparable situations with circumstances that are also recreated in some sports. So, when we give up on something, we've  “thrown in the towel”  or, when we told someone an exabrupt, “we went to the grass.” But, as we know,  there is a mother sport for our society:  football . And as such, ball sport has been used countless times by our popular culture.  There are stories, novels, movies, songs and other expressions related to football. However, in this article we will highlight the contribution you have made to our lexicon.

That person who relates everything to football. Any event of everyday life reminds you of some  phrase  from the football environment or a play.  It is basically the person who applies all (and many others) the expressions we will explain below.  Maybe, this copywriter is also a  ball head  . And you?

They cut my legs.

Technically it's not a phrase related to football. It's not part of a move or the rules. But, having  mentioned it and immortalized Diego Armando  Maradona , it is taken as such.  An example of using this phrase may be when the teacher takes the exams from the students table because the time given ends. A student goes out and tells his classmates, “ My legs were cut off,  I couldn't finish the test.”

You're late for work once, twice and three times. You're suspended or fired. They got a red card out of you.

Susana Giménez  wondering  if the dinosaur that had been brought from Patagonia in 1993 was alive. Susana was re offside.

A half court goal

Our friend, Jose, tells us he got a job at a multinational company. He has to work from his house, without meeting schedules, and he charges $5,000. That laburo is a half-court goal.

And so, an infinite number of phrases that football has given us, and will continue to do it, like the famous “chinwenwencha”. It's just that football is, really, as  Sandoval says in    The Secret of His Eyes   , our passion.

An indecent proposal to the governor