Home People How we talk Argentine sayings to understand us better

We made a glimpse of Argentine sayings so that, when you go abroad, you can take it with you and represent us as you should. 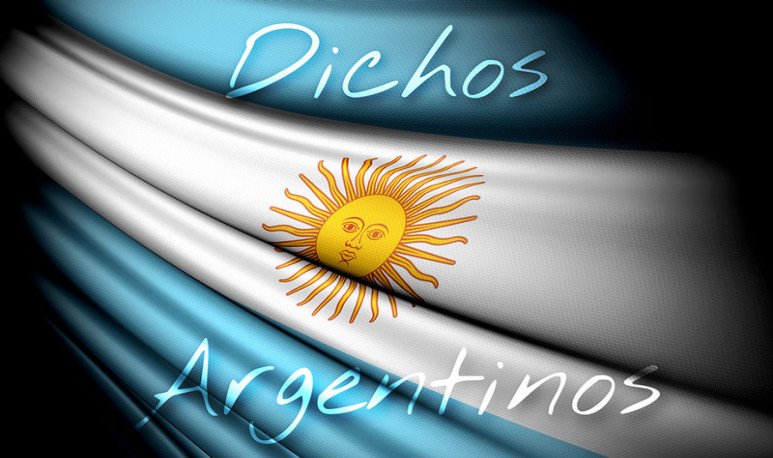 We're not talking about practicing sadomasochism. Hitting a tube is  telling someone to call you on the phone . A phrase that we use when we are in trust with someone and open the possibility to contact us later. Original Argentine sayings if any, eh.

This is one of my favourites.  When we are in the middle of a fun activity or situation and somehow they want to impose order on us . In this case, the  expression  alludes to the force of the law, rather, to the  police . The cap would belong to the cash and works as a synonym of “pooper”.

And yes, the Diegote had to show up in some. On June 30, 1994, Maradona  was left outside the United States World Cup and said this iconic phrase. That was when he tested positive in an anti-dopping control, for which he suffered a hard penalty.  It's an exaggerated way of indicating that we feel disabled in front of a thing or context .

There are those who also say “throw out the dogs”, so they would be interchangeable. One way or another, yes, it makes figurative mention to our animal friends. But, being this hunting race,  what points out is that we are facing a lance situation . That is, at the moment that one person wants to seduce or conquer another. Today it is formulated more than anything by our parents, but we all know what it is.

It means you made it, that you arrived . Someone who touched the top with his hands and everyone else envy or want to follow in his footsteps. Did you find 100 pesos on the street? You're Gardel. Let's not talk about those with fifth in the middle of summer, although we can be lucky with few things too.

When the time comes to say this, you have to enjoy it.   The expression denotes that we are in love or that we really like a person . It is also used in other scenarios, such as when there are few days to perform or we are overflowing with work. So it has double meaning.

Don't be scared because there's not a five-legged feline here, ladies and gentlemen.  It's a phrase used for people who are extremely complicated and live looking for excuses or buts for things . There is nothing that will satisfy them and overanalyze them unnecessarily.

I'm sorry to inform you, if they tell you this, they're not going to pay you a damn thing. We don't know very well who Magoya is, so there's no other thing to assume that we're not going to find him if we look for him. If you were to know your whereabouts, stick the tube. One of the most popular Argentine  sayings  and neighborhoods you can have.

Let's not pray that the effects of San Cayetano have nothing to do with this. It's not about asking for laburo or begging for good news.  Instead, it indicates that we do things quiet, without brag so much . It can be by humility or a mere superstition.

As a good football country, we ended with  one of the most representative Argentine sayings . Even, it has its variation that is “he put the ten”, in reference to  Maradona .  It alludes to the commitment and involvement we have with certain issue . Whether it's a practical faculty group work or doing high roast with your friends.