Home People How we talk Argentine meat and its different names

In Santa Fe we eat costeleta and caracu. But those cuts of meat are told differently in other parts of Argentina. 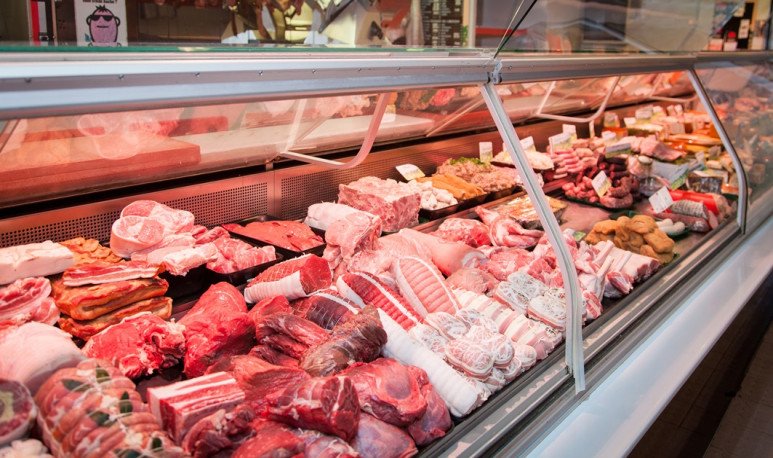 In Argentina we all know the language of meat.When the piece arrives at the table, we enjoy the signs it offers: the aroma, the crispy texture of the cooked fat, the right point, the touch of salt.

So far the codes are shared. However,  when we travel around the country, the language of meat has its dialects.  There are several dictionaries going around in the different regions and even if it is the same is not always called the same.

In this note we compare  what the most popular cuts of meat are called in each place  . It just happens that in Santa Fe we eat costeletas. But the porteños call him a chorizo steak. And now also T-bone (although cut a little differently). Also, Santafesinos do pot with caracú. But to that round and economic cut, almost all of Argentina they call osobuco.

The truth is that the differences in the denomination of the courts in the Argentine provinces are not documented. However,  there are generic data that marks a certain pattern .

Asado is the word that defines the concept. We usually include in this word cuts such as' matambre ',' empty ',' skirt ',' entails' and 'roast top', which acquire their own name when the 'roast' is unpostponed.

Perhaps the main differences in the names of the cuts pass through the roast of the porteños that in almost all the rest of the country they call it 'ribs'.

It is also common to hear 'ground' meat instead of 'minced' .

And there are variations in reference to steaks: those with bone are 'costeletas', as we say in Santa Fe. And the chorizo steak and the steak eye are often found as' entrecote '” in most parts of the country.

A thousand names for the same love

Sometimes the spine is' filet 'or 'quadril soft' (as happens in Corrientes ). Milanese cuts are usually called 'pulp' and are accompanied by the name of the cut ('butt pulp', for example). In addition to our particularity of the name caracú, in some places in Argentina osobuco is ordered directly as 'puchero'.

Attention is drawn to the number of provinces that cut narrow steaks like roast strip, which they call American Beef.

Roast strip: In Buenos Aires it is a large rib (although it can also call the finite strip), what in Mendoza call 'roast with bone' and in Córdoba and Santa Fe 'ribs. '

Cuadril's tail: This is the outer side of the rear room and is ideal for the oven or the grill. In Mendoza they say 'popcorn' and it is used a lot to make a pot or bake. Or for stews, with Sunday pasta.In Cordoba it is called 'paw de carnero'.

It involves: The famous cut we all want fresh from the grill is nothing more and nothing less than the pillars of the animal's diaphragm. In Cordoba it is known as 'sweet carn'.

Picanha: It became known in Buenos Aires because it is very sought after by tourists from Brazil. In Santa Fe is the 'tapita de quadril' or the 'punta del jamón square'

Roast beef: In Santa Fe it is called 'special needle', but if they leave the bone, we grill it and call it 'grilling needle'. In Salta, 'sobaco'. It is the typical meat to make empanadas or casseroles

To the steaks to put a name

The steak may be the cut that has the most denominations. The 'tren de bife' in Buenos Aires is a cut from which others come out such as the 'narrow steak (with bone) or 'chorizo steak (narrow steak without bone), the 'wide steep' when it has bone or, when it does not have it, 'bife'.

In Cordoba, the 'bife ancho' is called 'costeleta ancha'. If it's boneless, 'steak's eye and his eyebrow'. To the 'narrow steak with bone', they say 'round costleta. ' The 'chorizo steak (relatively new consumption cut in Córdoba, Chaijale says), is called 'narrow boneless steak. '  If it is cut along with bone, it is called 'entrecote'.

We Santafesinos, in general, simplify this discussion of steaks quite a lot: if it has bone it is costeleta, if not, it is steak.

I would love if those who read this note from other Argentine corners tell us  what other names have  our only cuts of meat.