Home People How we talk An exclusive language of Rosario

Rosario has a complex language that is already heard little. It is very original and deserves to be remembered. We present the rosarigasino 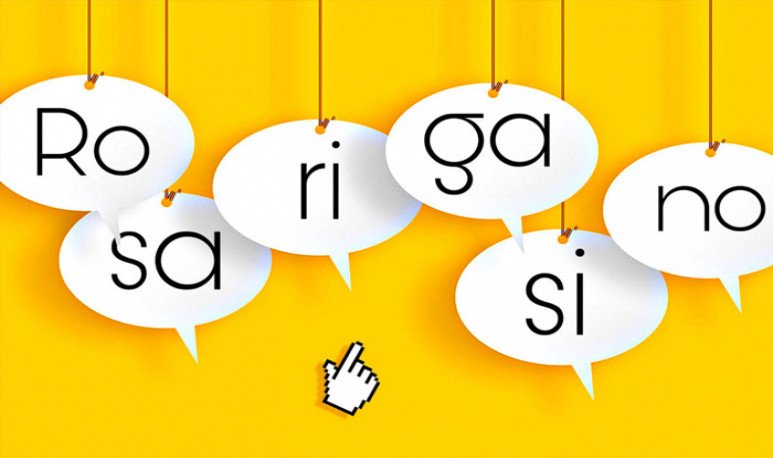 Since Alberto Olmedo released a certain jargon, almost disappeared in the 1980s, the way of talking about Rosarinos had a rise in popularity. To Gerardo Sofovich, in   The hairdresser of the Mateos   , was responsible for including a character who expressed himself in a very particular language. We're talking about an original dialect... a Rosarino language:   the rosarigasino.

At its time of splendor, the Rosarino adopted this language as its own and non-transferable. Those who know it, love to teach people what this way of speaking is based on which it is just rosarina. ”     You add, after the accented letter, the syllable gas     —     explain     —.     Then the vowel of the last syllable is repeated, but accentuated, and finally the word is completed, you understand?     ”.

Rosarigasino or gasso, as they also say, is a kind of jerigonza. At present,   is few people who know him   . It is usually used rather as isolated words in a joke tone. The terms   gasa, gasé, gasi, gasso   and   gasu   are the center of this Rosarigasino language. When they interspersed between the syllables of words, after the accentuated vowel, they generate the new words.

The exact origin of the rosarigasin is uncertain.   It is believed to have been created by the inmates of the Rosario Prison for Prison   , at the beginning of the twentieth century. This theory argues that prisoners talked about it to each other, to communicate without the guards understanding. Something similar to the tumbero language that we already talked about a lot on this portal.

The   first to broadcast it was actor Salvador Naom, aka “Chita”   , who performed functions in prisons. But it's not clear whether Chita learned it outside and took him to jail or if he went the other way around.

That is not cut

In the 1950s, journalists, artists and girls on the street who met in the bar El Nacional, which was in front of the theater La Comedia, where Alberto Olmedo worked.   This rosarino idol would be vital in spreading rosarigasin   .

In the eighties, the great comedian of Rosario   disclosed this jargon, then almost disappeared, in his humorous television sketchs.   As a result, and especially after his death, this language and the Pichincha neighborhood, where he was born, had cultural repercussions in Argentina, especially in the 1990s.

Transcending to other artistic branches, nothing less than “La Mona” Jimenez used it. In 2003, on his album   From caravan   , dedicated a whole song (“Lunfardo en gasé”) sung pure and exclusively in rosarigasino.

So that such an expression of the culture and customs of a people would not be lost, another Rosarino character devised   a guide to the rosarigasino   . This is Bernardo Chiquito Reyes, who was Olmedo's personal friend. Its publication is a small treatise, since the elements to handle this language are very few. Reyes wrote it, a little,   to meet many rosarinos who want to talk about it and do not know how.

The author's idea is to make the rosarigasino available to everyone. Such a rosarine genius, today, seems more like a memory of the genius of Black Olmedo. If this guide, or the language in general, is disseminated through the new media, you can return to visibility beyond Rosario.

By way of practical exercises,   this kind of manual includes some curious practices.   For example, the author pours texts by Federico García Lorca and Juan L. Ortiz into gasso and fragments of Martín Fierro and Don Quixote de la Mancha.