Home People How we talk A dictionary without coronita

A dictionary without coronita

We Cordobeses are witty and want to record our lexical richness. The Dictionary without Coronita serves to vindicate our culture. 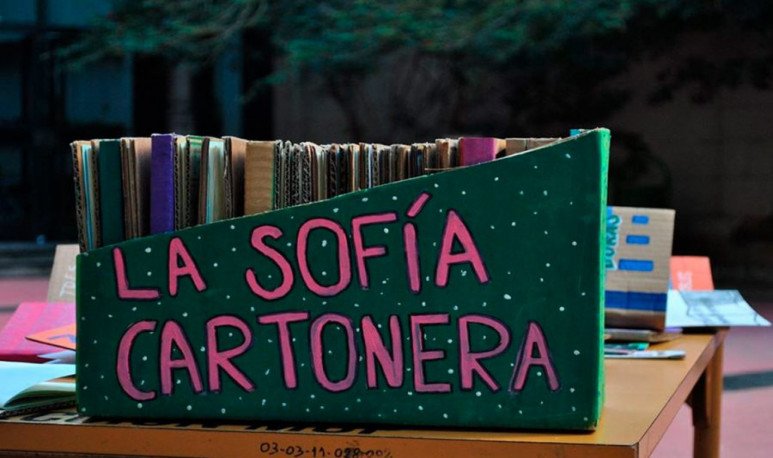 The dictionary without coronita  is a project by  La Sofía Cartonera   . This group emerges as an  extension project of the  National University of Córdoba .  It is an editorial project that tries to challenge the commercial logics of common publishers. It emerged in 2012, after having had contact with La Eloísa Cartonera, an editorial with mechanisms similar to those of this project. 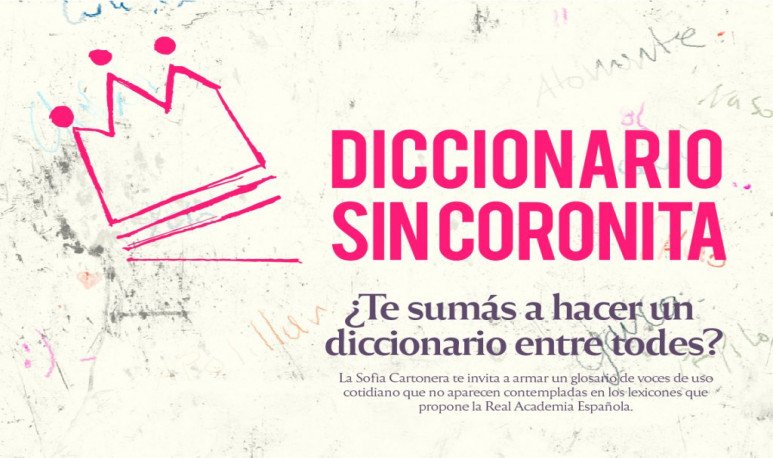 The idea is to disacralize  books  and the idea of the book-thing as an object of consumption. Sofía Cartonera carries out its activities within the framework of the  Faculty of Philosophy and Humanities.  It is directed by Cecilia Pacella and formed by many students who join this  challenge . This editorial tries to maintain  affordable prices  and generate recycled editions. Most publications are made from cartons  purchased from  cartoneros and cartoneras .  What makes this company also have its  social and  cultural impact  .

This group of humans, linguists, students and graduates who make up La Sofía Cartonera had the  revolutionary idea  of creating  a dictionary . It was within the framework of the VIII International Congress of the Spanish Language , which took place in the city of Córdoba. It was in 2019 that the first edition of the Dictionary without Coronita was held, which sought  to claim     our cultural forms, our  language  and the diversity of  expression .  As well as generating a critical positioning against events that maintain hegemony and perpetrate the existence of  a single Spaniard.  A criticism of the normativization of our way of speaking. This dictionary is a praise to the  arbitrariness of our language,  a tribute to the mutability and immutability of our expression systems. This dictionary  claims Cordovan  and all possible Spanish variables that are not recognized by the RAE.

Our language is ours

The Dictionary without Coronita seeks to crown  popular forms, lunfardo,   speaker as sculptor of his language . It seeks to remove regulatory, normalizing institutions from the stage to focus on the language that you think and feel at the same time. In the language of the bowels, of the  “senti-thinking”, as Galeano would say . It seeks  linguistic sovereignty  and therefore invites us to join us all in the shaping of this glossary.

Project coordinator and director, Cecilia Pacella, tells the media: “As a  community  we do not have linguistic sovereignty and we are still considered second-class citizens in one language which belongs to others and that we almost borrowed. In this sense, it is absolutely necessary for us to be aware that 90 percent of Spanish speakers live in Latin America and that we cannot continue to be 'cases', 'Latin Americanisms', 'errors'”.

He tells us that the project attempts to “generate a dictionary for  our language  that is not restrictive. That is, a dictionary that is concerned with recording the largest number of words in use, which can account for  different times or times  of the language and all its regional variations and finds its joy, or raison d'être, in including words and not on exclusion”.

Having produced  a first edition , it was not enough. The Dictionary without Coronita is available on the website of the Faculty of Philosophy and Humanities. And, as our language   opens us infinite doors  and possibilities  that do not stop materializing, it was necessary to continue with this project. So, in 2020, La Sofía Cartonera launches the call to make, among all, a second edition Dictionary without Coronita. Where you can also participate.

The mendocino is also “culiao”

“People are very friendly in Argentina”

From Santiago to all America

OCA, the first to arrive

Where does the term “canillita” come from?