Home People How we talk 8 locutions from Cordoba

In this note we show you and explain 8 sayings that show a little how we Cordobeses are. Because, between joke and joke, the truth comes out... 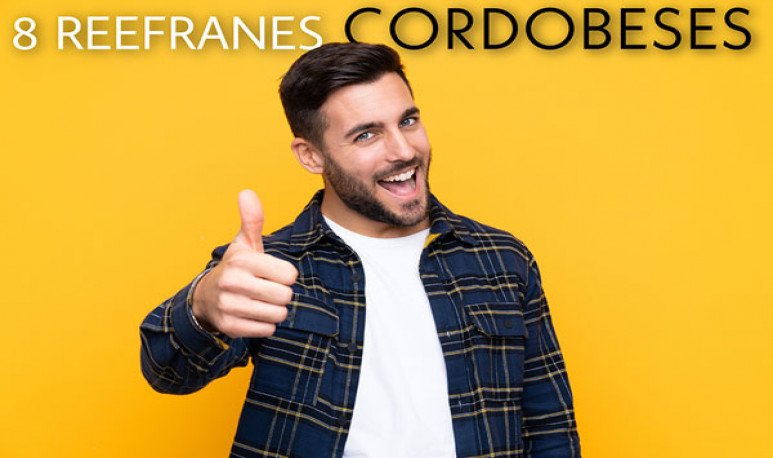 One of the most widely disseminated linguistic projects in recent times was the research “Las hablas de Córdoba”,  which was carried out by students and professors of the National University of Córdoba. The work was carried out within the framework of the International Congress of Spanish Language (CILE) and around it  were given great lectures and presentations  . The research was based on collecting, from different interviews and exercises, the particularities of our way of speaking.  Always taking into account the presence of  many communities and the variations between localities.  These sayings or phrases belong to the  cultural heritage of Cordoba Capital.

This saying means  the merit of someone else's work.  He appears in the fable     The Car and the Fly  of La Fontaine, in which six horses pull a bogged car while a fly  advises them how to do the job . When they finally manage to get it out, the fly brags saying that thanks to her the car went back. The fly is replaced by the mosquito  in an anonymous Spanish fable,  in which an ox works hard in the field with a mosquito on the back, which is awarded the farm day.

This phrase is intended to question someone who joined a conversation or situation  without being invited.  It is a very popular joke, which has a certain tone of irony,  but is always expressed  with sympathy and  in a trustworthy environment

Like the previous two sayings, this phrase  alludes to intrusive people.

This saying says that  money is more important than beauty  when it comes to love conquest, so that a man with good economic status has better  chances of seducing  a person than he only counts with  its physical appeal or elegance.

5. Any bondi leaves it well

The term “bondi” refers to “collective” as a means of transport. The saying, in its literal meaning, describes the possibility of taking any line of collectives  to get where one wants to go.   This expression  alludes to a person who  adapts to any situation.

This saying expresses  the complicated situation in which a person finds himself  and refers specifically to the number of problems, which, metaphorically, reach half of his body.As the saying recognizes an original use among carriers of male genitalia, the  allusion to the testicles is explained.

This saying compares the  state of sexual arousal  with the fact that, in general, the first grandson is raised or raised in his arms more than the others. Always  with humorous and charismatic dyes,  we Cordobese get to express ourselves.

This saying refers to those  people with   such good luck who come out of situations a lot of danger . According to the expression, this would be explained because they have  a god dedicated to protecting them exclusively.

These 8 phrases, among many others,  are part of the everyday life of Cordobese people . Therefore, explaining them, remembering them and disseminating them is a  revaluation of our local speech,  in the face of so much colonial imposition that it wants to rule over our ways of speaking. This is a small selection of sayings that are used very often in the department of Córdoba Capital, but also in the interior of the province. In addition, some also extend to the entire national and even Latin American territory. Although the use of these phrases extends throughout the national territory and goes back to a common cultural and popular imaginary,  the frequency of use in these areas of the province is remarkable.