To the south of our country, we maintain the original name of different geographies. We tell you about some of them, about their language and what they mean. 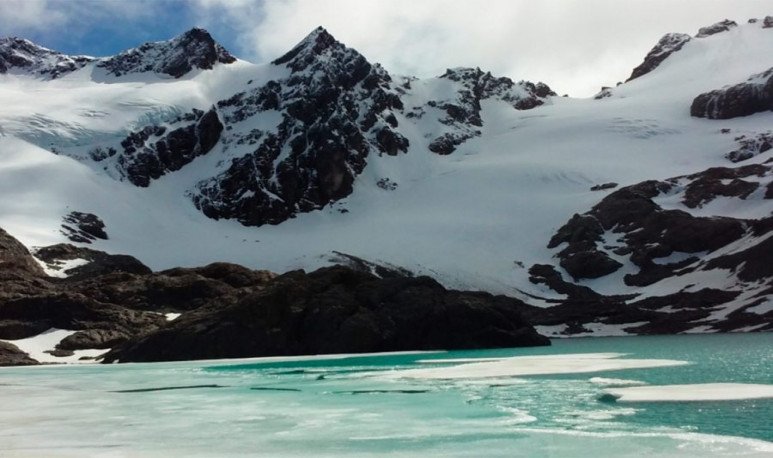 The colonization of South America, the so-called “ conquest of the desert ” and the state expansion to the south of today's Argentine territory  have ravaged, like a bulldozer, the names originals that those who inhabited these lands gave to the places.  But, in the Argentinean province of  Tierra del Fuego , many places retain their  original name  . We tell you about seven toponymies where the case occurs, what they mean and in which language they are.

Cerro Aklecoyen  is located northeast of Lake Fagnano. Its name was given in the  haush language , the language of the village that is considered the  oldest  in Tierra del Fuego and occupied the eastern tip of the Mitre peninsula. Currently,  the haush language is considered extinct.  We know, however, where toponymy  Aklekoyen comes from. It comes from various derivatives such as  Akelkoin, Aklekojen  and  Aklem  .  The name conjugates the word Akel, “red clay”, and Koin,“mountain”.  The  akel  was a  word  that the haush used to name the red powder with which the body was anointed.

In the department of Rio Grande, east of Amalia lagoon and east of the Almirante O'Connor lagoon, stands the  Mount Am Kiuarn,  which owes its name to the  Mapuche language .  Amki  means “backs” and Uarn  , “hill”:  it is a hill with his back .

Lake Chepelmut  is a transparent water lake located in the center of Tierra del Fuego province. It is frequented by those who practice  sport fishing  and  trekking  . The lake owes  its name to the Selk'nam language, and its name is a variant of the original Ceepelmot , which derives from Ce: pelmo: pl. In our tongue it has been translated as “  urticating lepidopteran caterpillar ” (very complex!). The Selk'nam lived in the north and center of the  Big Island  of Tierra del Fuego.  They are also known as Onas , which is what they were called by the yaganes.

Kashem Hill  is northeast of Lake Fagnano, next to National Route No. 3. There are two meanings that are attributed to this place name, of the Haush language.  It is believed to mean “silence” or “manantial boca guanaco ” (it fills me with intrigue to know what will be the definition by mouth of a Haush, or whether they were the two used).

Lapataia  is a bay located about twenty kilometers from  Ushuaia , within the Beagle Channel. This is a narrow and deep accident. It is a historic place, where in 1896 a coal company began to operate in order to supply the ships of the National Navy. This coal was also intended to supply some expeditions that went to Antarctica.  Lapataia finds the origin of its name in the Yagan language.   Lapatai  means “wood” or “forest” and waia  means “cove” or “bay” . Lapataia combines these meanings in what would be called a “Boscosa Bay” or “bay of good wood”.

The Lasifashak River  runs south of the Alvear mountain range and flows into the southern coast of the Big Island of Tierra del Fuego off Gable Island. In its lower course it takes the name of river “Tierra Mayor”. But its name  Lasifashaj is of Yagan  origin    and derives from  lasix  or  látscic,  which means “swallow” or “swift”, and  asaga,  which refers to “channel.” This would be the  “canal of the swallows.”

The city of Ushuaia finally takes its name from the name of the bay.  The word comes  from Ushu, which means “at the bottom”, and waia,which again means “bay” or “cove”  . Thomas Bridges, who settled with his family in Ushuaia in 1871, said that in Yagan language Ushuaia meant  “inner port towards the west”.

One of the most interesting things when writing this note was that,  along the way, I found many original  names  of places that today maintain another toponymy , imposed by the state or by who came to colonize or undertake missions in the region. I thought, not without melancholy, how much more would our dialect and perspectives be enriched if we knew more, if we were to better understand the  peoples from whom we have only rescued some names  and who have, in return, remained in a very unequal situation. Maybe, on another note, I can delve into  these forgotten names a little bit.

In the meantime,  if you are interested to know more,  on the Encuentro channel they released a chapter  of the series Guardians of the Language , about Yagán. The chapter visits a community that still maintains its language on Navarino Island, south of Ushuaia, in what is now known as Chile. And it's beautiful, at the same time sad, because  you hear the yagan tongue from the mouth of one of the last people who speak it.