There are many talking about Cordoba and each area has its favorite phrases. In this note we tell you 5 sayings that are often used in the interior of Cordobés. 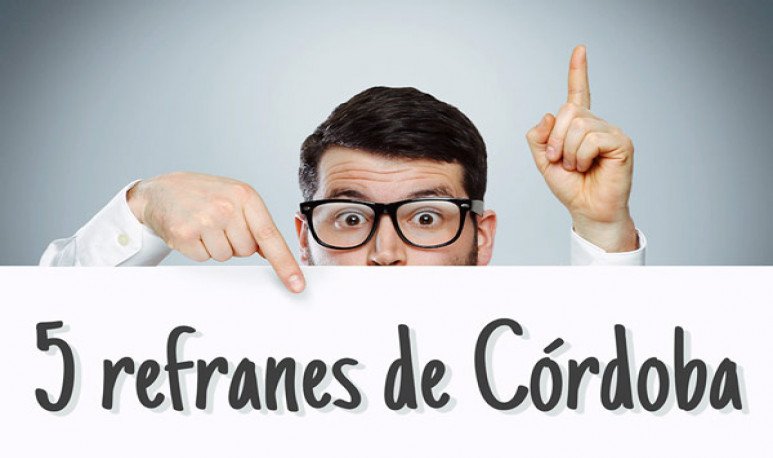 “You talk about Cordoba. Registration, conflicts and projections” is a project of the  National University of Cordoba and the Faculty of Languages . In this paper, students of the Spanish language devoted themselves to collecting  phrases, sayings and phenomena of all kinds in the talks of this Mediterranean province  .  The results were striking  and functioned as a  clear demonstration of the diversity that inhabits the province.  Although the people interviewed belonged to the towns of  Villa del Rosario, Cura Brochero, Villa de Tulumba, Huinca Renancó and Marcos Juárez,  the diversity extends throughout the Argentine territory and is reflected in our ways of speaking.  Having a record  of this is very enriching.

Among  the expressions most used in these areas,  the following were found:

1. Dead the dog, no more rabies

This phrase is related to  the idea of cause and effect.  He wants to say that in order for a problem to disappear, the factor that causes it must be eliminated.  This saying invites you  to cut  conflicts at the root . This popular saying has rabies as a central element since it is an  incurable disease  that affects dogs generating aggressive behavior in them. Rabies can be transmitted to humans by a bite of an infected dog and has no cure. That's right, because  it presents a serious threat, when a dog is infected, it is sacrificed  to stop the spread of the diagnosis. That is where the saying is born, and  towards the world it spreads ...

2. Hunger came together and the desire to eat

This saying alludes to the union of two or more people who have  the same vices , rationing or defects.It is also often used to talk about  the coincidence of two or more circumstances , which are similar or aggravating.

3. A gifted horse is not seen in his teeth

It is a very famous and popular proverb. It means that when receiving a gift,  an attitude of satisfaction, joy and gratitude should be shown , regardless of whether it is to our liking or not. It is a kind of moral  that teaches  not to look for defects in the gifts they give us.

Origin refers to the field of equines. Because, through the state of the teeth of animals, you can determine the age and their state of health.  At the age of two, the horses change their teeth and they are born teeth of yellowish color.With the passing of the years, they begin to wear out. So,  looking at a horse's teeth is doing a check to see  what condition it is in.

4. The dead man laughs at the throat

Another variant is that of  “the dead man is afraid of the throat”.  This saying is used to describe a person who is shocked about another's situation, not realising that  she herself is in a similar or worse situation.

5. Scabies with taste does not itch

Scabies is a contagious condition that directly affects the skin, causing  burning and itching.  This condition is very annoying and the phrase is used to refer to all those things  that are in principle annoying , but that the benefits they carry behind are favorable or interesting to us. Because  a nuisance, if we find it pleasing, ceases to be a nuisance.

And you... do you use any of these phrases?