These are little-known places. Some Mendoza haven't even heard his name ever. There are three districts with rare names. 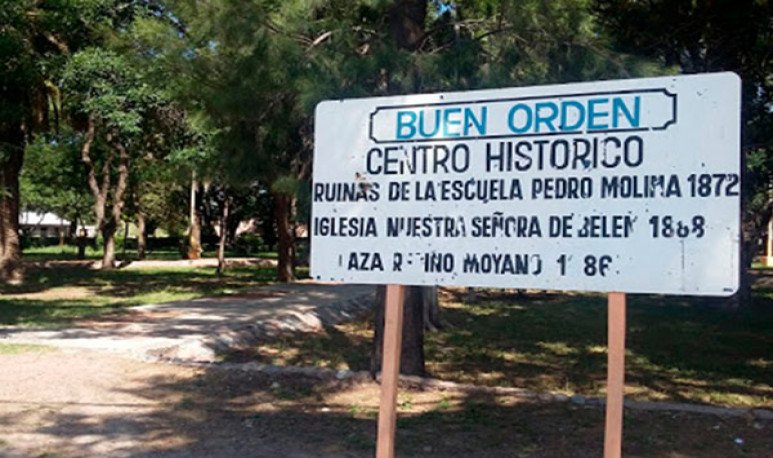 The districts, departments and cities into which the countries of our planet are divided, receive their names  in reference to their founders, or to some river or geographical accident in the area, or in memory of a procerer or person important to history.   However, some do not have too much explanation. They're just called that, and that's it.

In Mendoza, everything seems quite normalized. Próceres such as San Martín or  Las Heras  have their recognition. It is also reminded of the original peoples with places like  Guaymallén  or Tunuyán. But there are some cases where names do not find an obvious reference. We tell you a bit about the history, its current and, of course, the name of three places that attract attention by their name.

The very fact that the name is in English is already rare. As we have explained, many places receive names that descend from the languages of our original peoples, so listening to a name in English is, at least, curious.  It is a district in which fewer than 2 thousand inhabitants live.   If you do a survey in Mendoza City, checking whether it is true or false that there is a district called Philips in Mendoza, 9 out of 10 will answer no. But there it is, located in the department of Junín, east of the  capital . There is no other information about its main economic activity or date of foundation, for example. Obviously, if one googlea, you will find technical services of the TV brand in Junín, but nothing about a district that has its name.

A mix of  New Mexico with California . Pine a cult of the American states. According to existing manuals on its foundation, “ its name was a strategy to associate the place with a land of hope and progress on the part of the company that lotted the lands.”   The truth is that it didn't have much effect, because there are very few people who populated the place. However, it has a small production capacity based on  viticulture  and horticulture, although they are clearly not the most important areas of the province. It has just over 2 thousand inhabitants.

Imperative name and discipline. Although its inhabitants emphasize that, really, being a small town, with a lot of farm, it is an orderly place. It has an area of 17.26 km2.  It is land of farms, quince, spring full of fruit trees in flowers. Formerly known, in a context where feminism had not conquered any kind of right yet, under the name “El Hervidero”, by the pretty girls who lived there.   It was Don Regino Moyano who called El Hervidero with the name “Good Order”, a little more respectful name. He built a church and donated land for school, public square and other works. The Chapel is located in the Buen Orden lane and Carril Norte. It preserves the charm and sweetness of the nineteenth century that, next to the Barrios that were built allows to observe a mixture of history and progress.