In this note we tell you thousands of expressions that are key to understanding a Cordovan when he addresses the word. The best? These are phrases selected by an iconic quartet band. 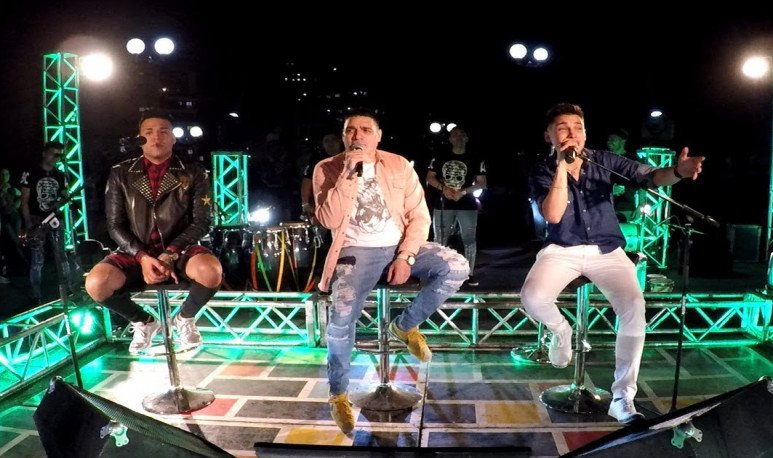 La Banda de Carlitos or la LBC is an iconic quartet band born back in 1995.   It emerged from a passion  for the quartet of the Pavón brothers playing in family parties and in the  after  Córdoba. Today, with 22 years in the music world, La Banda de Carlitos is established as  one of the groups that best mixes humor and the quartet.  Rubén Kesito Pavón and a group of musicians, with a lot of history in the popular genre of Cordoba, make LBC one of the fundamental bands of the tunga-tunga. In addition,  its musical director  is Sergio Chingolo Ledesma, one of the most important composers of the current quartet. In this sense, the word of these artists is very legitimized and  in their theme “El Cordobés” they define key expressions  and phrases of our  Mediterranean idiosyncrasy  . Verse by verse, this quartet reveals  known but difficult to code expressions  .

“ Córdoba is looked at in a very special way

we have  all the pike  when it comes to making talk”

Having all the pike is synonymous with being spicy, having it clear and  being recognized  for speaking in a certain way.

2. From the sea front

“ Wherever you want me to go die to hear us talk

we talk with the tonada and we always talk about  the sea.

“From the sea front”, with all its variations: from front omar, from front oscar, facing the sea, from the wrong front, from front march, marcelo front, and many more are expressions that are used  to emphasize an idea . Or also to express agreement with a proposal.

3. Put it on a pile and not teas in the ball

“ My Córdoba is hard head because the humor is of quality

we have the Mole Moli , the skinny

Putting a battery on some activity is to  make you want and energy . This expression extends throughout the country and is very common for all Argentines. “Tar in balls”, on the other hand, is  literally being naked.   But metaphorically it means to be donated, given away,  not understanding anything.   That's why, in this song the LBC teaches you  Cordovan expressions  so you can understand a little more...

Bolacear is like  “taking the hair” and leftover the other person. That is, leave it badly stopped with arguments that may (or may not) be true. From this verb is derived the adjective  “bolacero”.

There are many ways  to name the drunken state  of a Cordovan, but there is only one thing that gives the hint that drunkenness is stronger than ever. And it is the augmentative “-azo”, which attaches a high degree of importance to it with  the corresponding emphasis,

As a gesture of love, franeleo is called the action of rubbing the body parts with another person. From the Franeleo, actions such as chapar, embroy, culiar and transar are derived in the Cordovan language.

When a person is “cat” in Cordoba, it means that it is a man who likes women very much. Because of the machismo and misogyny that hides  in our tongue  that reveals mechanisms of oppression, this very term used in feminine means something else.   “ To become meow”  is to become a cat, that is to be  promiscuous, chamujero, spicy.

When a Cordovan is afraid, he's screwed up. One expression  to disturb a person  with fear is to say “chui”, an expression through which you can bring to light the terror situation that the other person is experiencing.

“ Go go, go”  is one of the Cordovan expressions for excellence. It serves to emphasize a proposal and express the common agreement of the issuer. It literally means “you notice.” But  its meaning is much  deeper, as it expresses  total agreement.