In this note we tell you a couple of expressions that are used throughout the national territory and have total prominence in the province of fernet and the birra... 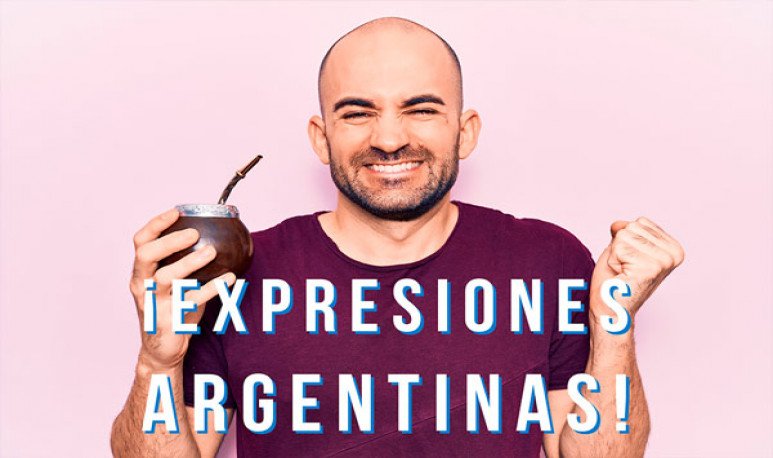 If there is something that characterizes us Argentines, and is faithfully reflected in our language, it is creativity . Each language offers a unique cultural richness, and with these expressions we prove it.  Because we love playing with the language  and generating multiple senses with just one phrase. Because  every speaker is a craftsman of saying,  even if he doesn't know it. And because every community has an ineffable repertoire of armed phrases. Therefore and much more,  from Ser Argentino we claim how we speak and we have a specific section to understand what is argentinity to the stick:

Obviously, without the final s. Because, if there's something that Argentines like, it's eating the s . This expression is used to let a person know that they dislocated with something or crossed boundaries. It can be used in a funny context, but also to  set a limit in some discussion . It all depends on the tone.

If a foreigner learns the Argentine language, he must know armed phrases of this kind, which do not have their meaning in the literal. And they are not found in any dictionary either. It is only in everyday speech that these lexical jewels  arise, transform and reproduce  without any problem. This expression is used  to interpel a person and make them listen to you carefully.  The “shut up”, far from being a violent imperative, becomes a rather friendly wake-up call.

If that same foreigner  continues to try to learn Spanish,  give up the moment of listening to this expression . It is the verb “ir” conjugated in three verbal times:  All in one sentence! And on top to express only one thing: that a person leaves.

Now... let the foreigner catch if he comes to Cordovan lands!  In the province of fernet and the birra we add other variants,  applying the conjugation as if the verb “ir” were regular.

4. Use the last thing the other said to follow the conversation

This is a resource that can be used  with any Spanish word.   If a person is talking to you about a supersonic fan, you can refer to it as such.  An example  to make it clearer?

The verb grab  is not only used as such. We also usually use it as a connector between phrases, words or simply to get the attention of our interlocutor. What do we get when we say “grabbed”? Nothing!  That's how simple and complex is the Argentine being...

6. Listen to me a little thing.

This phrase can be used as an introduction to a gossip pump, or simply to a comment  hung in the conversation.   Basically the message can be about anything that can be interpreted  as “a little thing”.

Because another key to Argentine expressions is  to use the word “thing”, for anything.

It's not like we forget what we're about to say all the time. We Argentines have no memory problems, although our history as a people  shows us otherwise .   It's just an innocent expression that serves not to lose the thread of the conversation  and not close the beak for a moment.

And you... Did you know these expressions?