Home People How we talk 10 words with C of “Cordobés”

We put together a mini dictionary of 10 words that start with the letter C, so that when you come to the province of the fernet and the birra you don't get hung 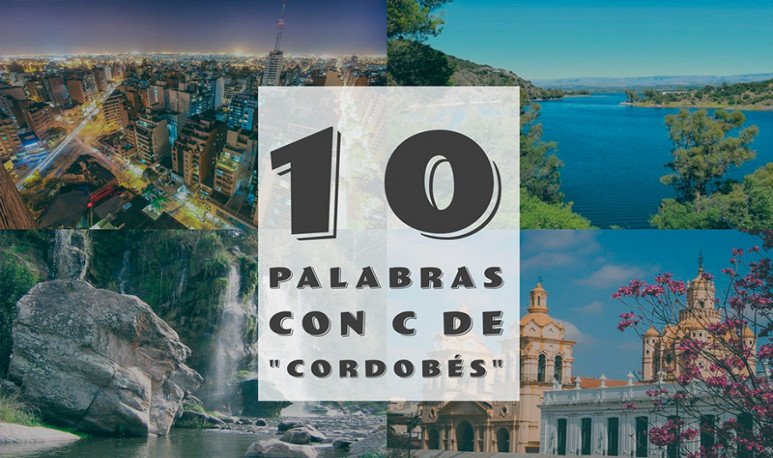 The province of Córdoba and its speakers (like all speakers of each language) have infinite creativity.   And that's why it would be impossible to record the endless of words  we constantly create  as conscious and playful chatters that we are. But in this note,  we bring you   10 Cordovan expressions that begin with the letter C of “Cordobés”,  so that you get acquainted with the province.

This is a qualifying adjective that is used to describe items or things of lower or null quality.

2. What is there (expression)

This is a rhetorical question that expresses security and challenges the interlocutor. Above all, it serves as a shield for criticism and to demonstrate firmness  in some decision.

Employed as a vocative or nickname, in a derogatory and/or festive way. This expression  is complemented by  terms alluding to physical traits.

He's got a good reputation. Bragging.  A synonym  in Cordovan? Humiento, but that doesn't start with c.

The “che” is used as an Argentine vocative par excellence.  Not for nothing  we have a world leader who was dubbed “Che,” right? In Cordoba, it is normally used before naming any other feature. And above all, to emphasize some kind of insult.

This word is a noun and verb at a time.    It's kind of like the synonym  of “getting the rat,” do you have it to that expression? It is used when someone decides not to take care of their responsibilities and not give signs of the matter. It is specifically used by young people when they say they go to school, but instead of attending “they do the chupina”. For  +18 people,  it is applicable to miss work or faculty.

This adjective is used  to describe any mediocre, substandard or poor object or situation.

Ex:   “Cordovan does not say 'I don't like it, 'says ta chomaso”  (El Cordobés, song by La Banda de Carlitos).

“Cocochito” is the method of transport to human blood, in which one person climbs on the back of another, who in turn holds the legs of the first with his arms. Similar to “a caballito”.

Ex:  “I went up that I'm going to cocochito you”

Ex   : “Great psychologist, I knew the woman hates the respect she has. Thus, in his dealings he ran away with an alleged Cordobesism bristled with swollish.  “ (Juan Filloy, Ironiké).

This term also refers to the political doctrine  identified with the province.

Ex:   “De La Sota decreed the birth of 'Cordobesism', an ism that, according to his message, embraces Peronists, radicals, socialists and Kirchnerists. He did not mention the judges, in a very clear ninguneo”  (Juan Manuel González, Day by Day, 8/08/2011).

It is the adjective that is used as a vocative and consolidates as the header word  of any Cordovan . Connotation and variable use, such as insult, admirative exclamation or appellative interjection.