Home People How we talk 10 words in a Cordovan potpourri

We make you a potpourri about the Cordovan phrases and expressions that we use in the province of fernet and the birra. I read carefully that, in just 10 words, you become a Cordovan citizen 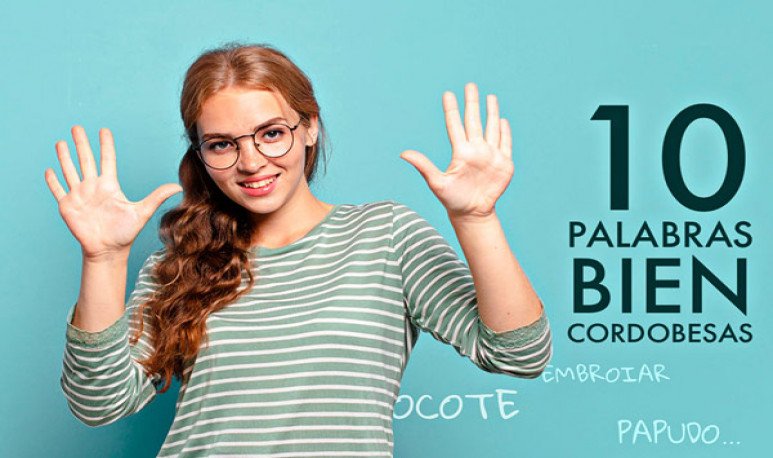 To understand Cordovan, it takes much more than just a dictionary.  It is necessary to know its history, its culture, what it takes, what he dances, what he does and what he thinks. To learn the language of the Mediterranean province it is necessary to  share passions, such as going to a Sergeant's dance , for example. Or have a  prittiau  in the park of witches. But  since Ser Argentino we are well Argentineans and we do not give up . So, in this note we present you  a potpourri of expressions   so that you know a little more about the Cordovan language without having to travel that far..

This is an ironic replica that  highlights the  redundancy of a comment.

Ex:   “Are you waiting for the bus, man? , asks a squalid Cordovan to another, resigned on the post of a stop. No, if he is again holding it, pa he does not fall, philosopher the answer, picking up as in a distant echo a historical gag of the Marx brothers, in One night in Casablanca”.   ( Enrique Raab, All Terrain Journalism, South American, 2015).

3. Ocote, give. (From the Quechua okkoti). From Spanish (vulgar) ocote -ano-.

Disgust, shame or pity. It can apply to people, things or meals.

Be lucky. This expression also derives the qualifying adjective “ocotudo/a” which serves to name the person who has all the forces of destiny in his favor and is usually very lucky in life.

Ex: - I found silver in the jacket

What an ocote you have, nera.

Negative connotation.  Its etymology  is a little rude, and it is used only in contexts of anger or fury. When fury is visceral and uncontrollable you can also use the term with the augmentative suffix - azo: “papazo”.

This term refers to the labia majora of the vagina, called “papos” in Cordoba.

Ex:   “A boy told me to mark my papo with this mesh. And what do you want to be marked, pelotudo? The time? I don't have a watch! I have daddy.  ” (from @martarresok_'s Instagram)

It means nothing, at all, in  no way .  The rude character of the expression imprints a slightly more defining meaning  and evidences the refusal of the answer.

Ex:   “With the friazazón he does not go even daza”

Ignore, not to pay even the minimum of attention. Do not give even ball trunk.

Hand hit, closed or open, and that causes some kind of visible damage to the person who receives it.

This term has two meanings: On the  one hand, it means  entangling, confusing, making things harder. On the other hand, it is used to call the action in which two people kiss unfortunately.

Ex:   “They were both kidding there in the light.”

Noun  that calls the damajuanas of 5 lts of wine

Ex:  “ Go to the kiosk and bring a kirka of roasted totin pa'l”