Home People Health and Esthetics The Myth of the Apple

The Myth of the Apple

Forbidden fruit of Adam and Eve? 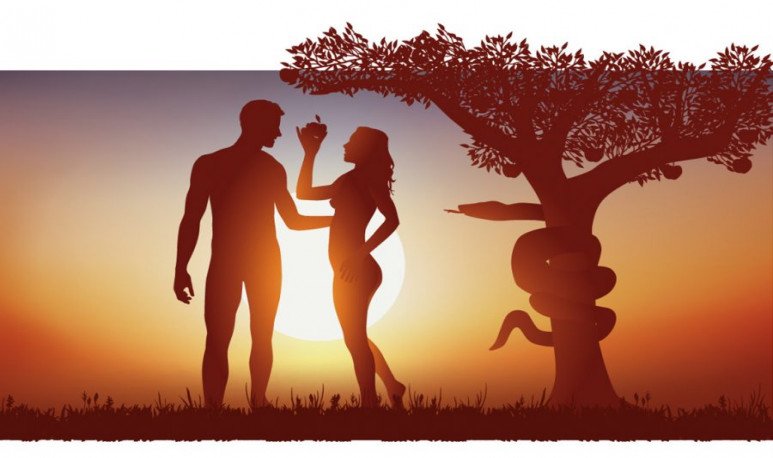 Remember when I told you about  Popeye's spinach myth  that had originated from a mistake in a coma? Today I will tell you that of the  famous apple, the “forbidden fruit” of Adam and Eve,  the oldest in the Bible. It was never an apple, here the error was translation.

The apple. Genesis alludes to forbidden fruit, but does not say which fruit it is.  God told Adam that he could eat anything in the garden except the fruit of the tree of knowledge of good and evil.  Then Eve is tempted by the serpent, eats the fruit and feeds Adam.

Below I transcribe the Myth that alludes to such a belief:

“For any religion, belief in what is dictated by the “holy scriptures” is an act of faith. In the story of Adam and Eve, the oldest in the Bible, there was a mistake that goes beyond any conviction. There was never an apple as a “forbidden fruit”, it was a translation error.

To understand what happened we have to go back many centuries in time, but first, we will review what two of the most read books in history say:  the Bible and the Koran.

According to Jewish, Christian and Muslim beliefs, Adam and Eve were the first human beings to populate the Earth . What for science was an African woman (mitochondrial Eve) and her counterpart, chromosomal Adam -Y, these books summarized it simply for the great masses, one day they appeared and were the first, without further explanation.

The books tell that Adam was first created, and that God, seeing the poor man alone, decided to give him a companion from a rib  (the type of engineering is not explained). History today would have hardly editorial output, but it was other times. According to biblical scriptures, the account of the Garden of Eden begins in the book of Genesis, starting from verse 21 of chapter 1:

And God created man in his own image, in the image of God he created him, male and female.

The God of the Bible liked to challenge his “children,” so he decided to prove the faithfulness and obedience of Adam and Eve. What did he do? He told them to eat of all the fruits of the trees of Paradise except for one, which would bring them death if they ate of it.

At this point appears a secondary character, a talking serpent representing evil to tempt (and deceive) Eve , who ends up eating the forbidden fruit: an  apple . Then Eve feeds Adam, and as a result of both decisions,  the two end up being driven out of Paradise , which has been known as original sin in Christian doctrine.

So far everything is more or less known, only it is not really so.

Genesis never names an apple, it simply refers to “fruit”.  So who invented it all?

As we said, in order to explain it, we have to go back to the  4th century AD.  C, when  Pope Damasus I ordered his chief scripture scholar, Jerome of Eridon, to translate the original Hebrew Bible into Latin . A revolutionary project that took Jerónimo 15 years, and resulted in the famous canonical Vulgate. To do this, he used Latin spoken by the common man (for the plain people), although there was one theme: Jerome did not dominate Hebrew.

As a result,  the man confused some  words  , the most important of the errors being the one between the noun mālus (apple tree) and the adjective malus (mal). To be exact, originally in Genesis it says: lignus scientiae boni et mali (“God tells Adam and Eve that they should not eat of the fruit of the tree of the knowledge of good and evil”).

However, Jerome mistakenly used the term “evil” for “apple,” so that the common man who began to read the new version of the Bible ignored the original Hebrew scriptures and kept the apple as fruit. In addition, in the Hebrew Bible a generic term, peri, is used for  fruit  hanging from the Tree of Knowledge of Good and Evil.

Not only that, to complicate things a little more, the word malus in Jerome's time (and for a long time later) could refer to any fruit bearing seeds . A pear, for example, was a malus species, or a peach. This explains why Michelangelo's Sistine Chapel fresco has a snake wound around a fig tree.

Be that as it may, after the Vulgate, the apple began to dominate the works of art, and the paintings became part of the common imaginary of society, with the Renaissance probably the moment that most influenced the definitive image of this “forbidden fruit” as an apple.

As for the role of the Church throughout this time, it was of absolute silence. Perhaps it was thought that the story was very good under the apple myth, or perhaps many did not even know it. Be that as it may, in the original scriptures there was never an apple to explain that “original sin.”

Beyond all the above, of course very interesting, does not take away  all the properties that our beloved fruit, apple has.

Apple is a very nutritious food . Apple is  one of the most complete fruits there is. Its water content is large. The apple has sugars, the main one is fructose, but to a lesser extent it has glucose and sucrose, all sugars rapidly absorbed in the body. It contains a moderate amount of vitamins E, vitamin C  and has a lot of fibers which is good for improving both intestinal transit and digestion.

It also has minerals among them, potassium indispensable for the nervous system, and also for muscle activity.

Other nutrients that the apple has, are: Calcium, Magnesium, Phosphoric Acid, Sulphuric Acid and Silicate. It also has antioxidant effects.

All those properties of apple make it a good natural remedy.

Whether the apple is the forbidden fruit, it brings great health benefits due to its nutritional composition, and  is one of the healest fruits .

Careful! It is said that fruits get fat.

The Six Days in Buenos Aires

“Everyone has some taste, hobby or vice in which he puts his money”

The beer and the Ramones

6 benefits of running in winter

An Argentine will participate in the Fortnite World Cup