The coach explains the evolution of pedaling in cycling. Some concepts to consider to achieve efficient and effective training. 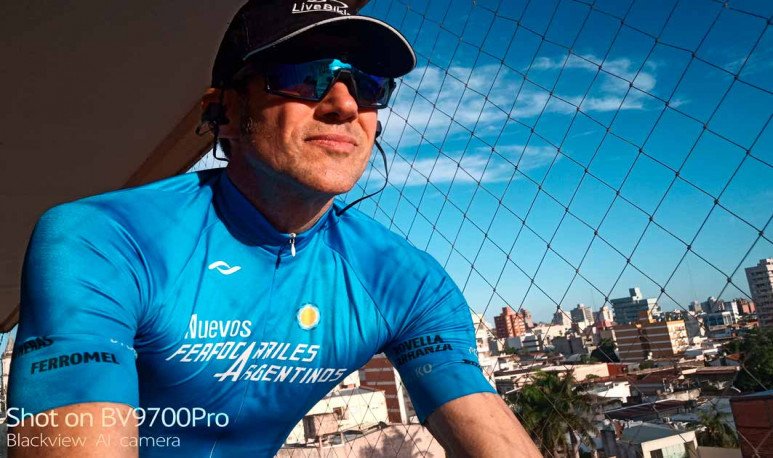 The pursuit of excellence in pedaling takes almost a century. The first serious research arises around 1930, where the metabolic cost of pedaling was analyzed. At that time, for several decades researchers paid special attention to the metabolic expenditure used in pedaling, concluding that very high loads (crown plate combination) should be used, which allowed  long developments  (advance further) with lower energy expenditure.

That concept dominated cycling for decades not to say the whole century. With the idea that it was efficient to spend less metabolic energy to move those huge plates full of teeth with 11-12 and 13-tooth sprockets.

The term “ development ” in cycling specifically refers to the distance that the  bike  runs on each complete pedal lap (360 degrees). The longest or shorter roll is related to the combinations of the sizes of chainrings and sprockets (load) and the distance that the bike runs according to that combination. Of course, the longer the development the more muscle strength should be used and by using the more pedal rotation with the less load the shorter the development will be (the less meters will ride the bike by pedal turn) the latter are the ones we use on hard slopes. 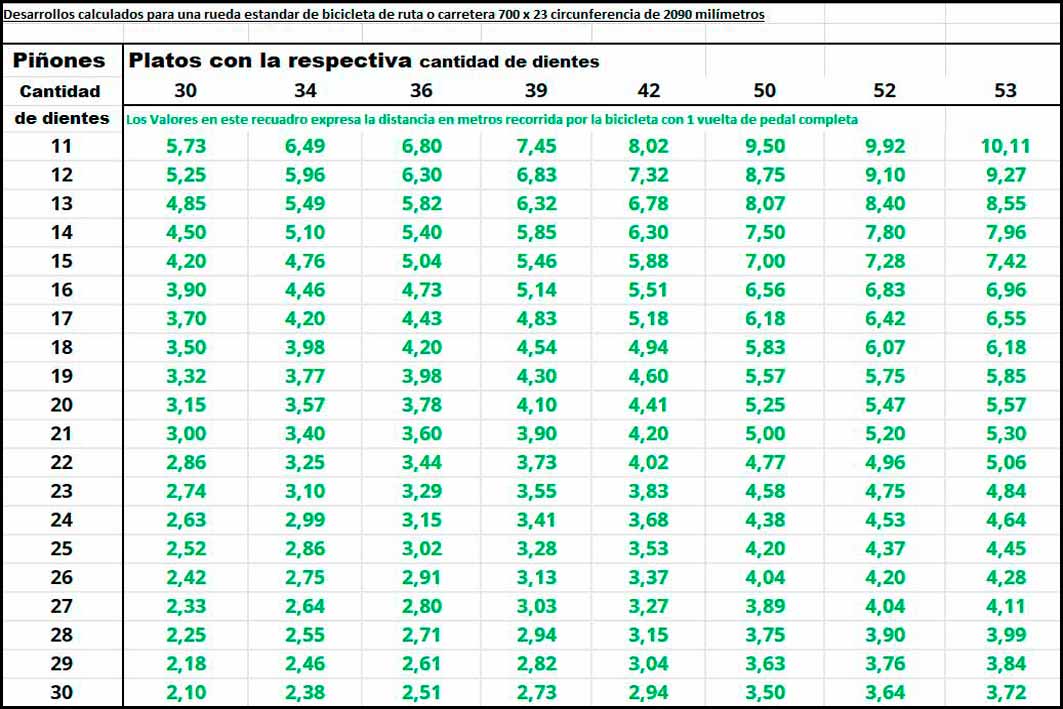 When the power meters in watts emerged another revolution in understanding and  training occurred, similar to the appearance of the heart rate meter. Even with some recordable evidence, the concept of pushing high watt records with high loads continued to prevail without paying special attention to leg speed. Until reality evidenced through comparable assessments, research and sports results in the various specialties, that old theories were no longer sustainable.

These differences were thus manifested in medium and long resistance tests, where brokers with large developments lost results compared to those who found better performance efficiency with shorter developments, with higher metabolic expenditure achieving lasting intensities. It was thus dethroned the concept of high loads with low cadences (leg turns).

A marked change in pedaling style emerged clearly in the late 90's, raising the speed of legs through the pedaling cadence achieving averaging it at around 95 to 100 rpm with a decrease in load utilization, obtaining durable power levels over time.

Lance Armstrong along with his coach Chris Carmichael took this advantage as precursors in the concept. They achieved a decisive contribution in changing the way you pedal, moving away from the surprising powers and the efficiency of the force - power data of many professional competitors in the platoon, such as Jan Ullrich using lower cadences of 75 rpm that failed to snatch the t andiacute; title in the tour de France to multiple champion (Lance Armstrong).

Not only in big laps (multi-day races) but also in classic single-stage races, imposing the new cadenced style, young athletes who beat who were the kings of force in evaluations of maximum expressed power began to excel.

There were several champions of this type as Carlos Contador, later Chris Froome and currently Primoz Roglic who surpass the old concept of going trancado.

What is the explanation of why does he not manage to be better the one who pushes the most?

We must first differentiate the concept of  effectiveness  from  efficiency.

Efficiency refers to the administration, (utilization) of resources using the minimum of resources.

Effectiveness refers to achieving an objective or goal satisfactorily, although not all resources have been utilized in the process.

The  maximum torque efficiency  can be used in a starting or starting from zero, in a short duration test such as on the track, the specialty of the 500 meters, the 750 meters, the kilometer, even in a route race at the time of completion together with the squad in a short to finish sprint. We well know that the power efficiency in pedaling in medium and long life actions, does not exceed efficiency by a principle of resource economy and duration thereof. Such is so that the most powerful sprinter in history, have serious problems in some competitions to arrive at the head of the race to define, especially in long stages and not talk about goals  high  mountain.

Definition of torque or momentum

In rotary movements, the amount of force applied does not depend on the gravitational action but on the inertial moment, which is the angular equivalent of inertia (mass) and represents the resistance that an object offers when rotating around its axis. When a rigid body rotates around its axis should be considered, in addition to mass, the turning radius. These two factors determine the body's resistance to changes in rotary motion through a certain axis.

In the next edition, we will publish part 2 of  Pedaleo de Excelencia. 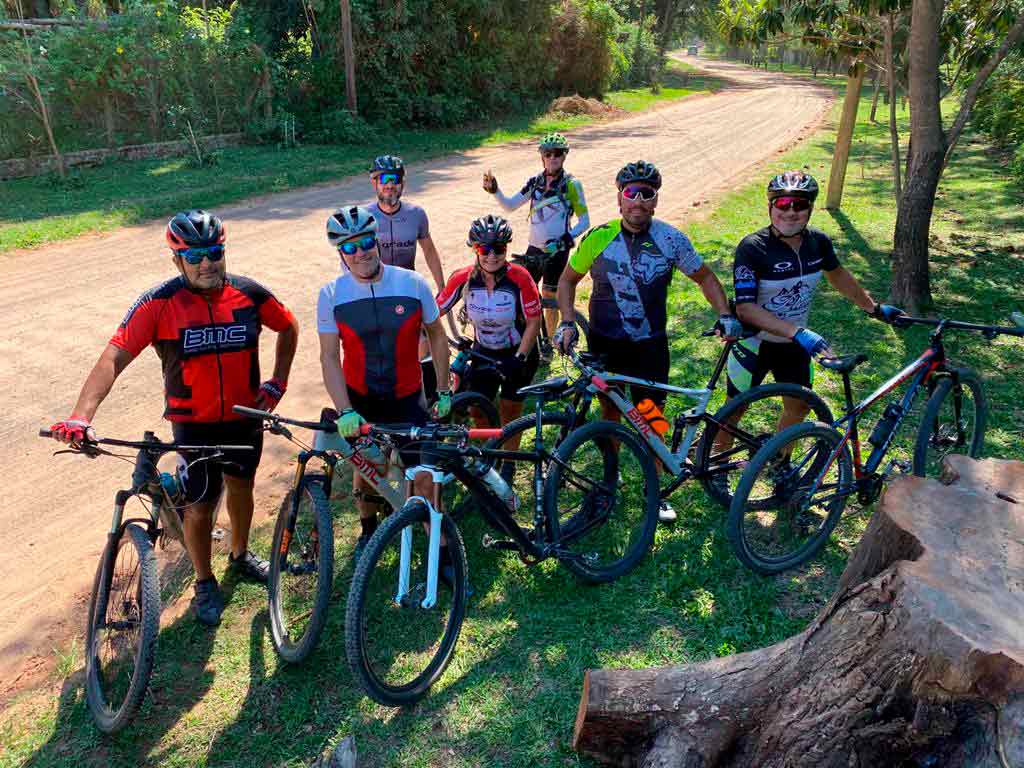 A southern cyclist who is making history