It is the result of a study that analyzed eating habits in 195 countries. Excess salt causes three million deaths in the world. 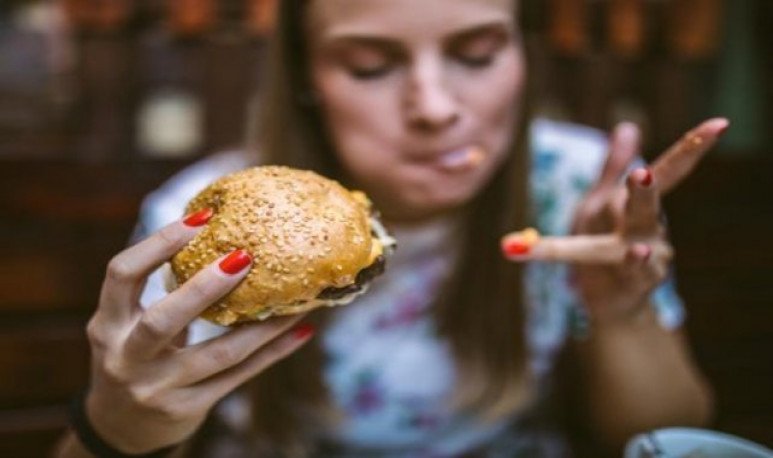 A poor diet is responsible for more deaths in the world than tobacco, high blood pressure or any other health risk, according to a new scientific study. Consumption of low amounts of healthy foods, such as whole grains, and too many unhealthy foods, including sweetened drinks, accounts for one in five deaths worldwide.

Harmful food is contributing to the early death of some 11 million people a year, according to the study published in the prestigious scientific journal The Lancet.

And salt—whether contained in bread, soy sauce, or processed meals—is what cuts the most lives.

Scientific work analyzed the eating habits of 195 countries. According to the authors, the research was not about obesity, but about “poor-quality” diets that harm the heart and cause cancer.

The rest of the main causes were associated with low levels in the consumption of nuts, seeds, vegetables, fiber and omega-3 from shellfish.

“Diet is one of the determinants of health worldwide,” Professor Christopher Murray of the University of Washington told the BBC.

Sodium and sugar-sweetened drinks exceeded the recommended level in almost all regions, including Latin America. The region was also negatively distinguished by its excessive consumption of red meat in South America (Argentina, Chile, Uruguay, Brazil and Paraguay) and trans fats (Mexico, Central America, Colombia and Venezuela).

On the positive side, however, good levels of consumption of pulses were also highlighted in the Caribbean, Brazil and Paraguay.

Peru, however, is the Latin American country with the lowest death rate due to poor diet, with 107 per 100,000 inhabitants, which ranks it in ninth position worldwide.

And the worst located are Haiti, Honduras, Dominican Republic, Bolivia and Venezuela.

Mexico, on the other hand, is ranked 57th worldwide and in half the Latin American table with a rate of 192 deaths per 100,000 inhabitants.

But the US country also recorded the highest number of deaths from diabetes 2 (associated with high sugar consumption) among the 20 most populous countries in the world.

About 10 of the 11 million diet-related deaths were due to cardiovascular disease, which explains why salt is such a serious problem. Too much salt raises blood pressure, which in turn increases the risk of heart attacks and strokes.

Salt can also have a direct effect on the heart and blood vessels, which can lead to heart failure.

Whole grains, fruits and vegetables have the opposite effect: they are “cardioprotectors” and reduce the risk of heart problems.

Cancers and type 2 diabetes made up the rest of diet-related deaths.

Anna Díaz Font of the Global Fund for Cancer Research told the AP agency: “Our own research shows that having a poor diet increases the risk of cancer and obesity, further increasing the risk of 12 different types of cancer.”

The huge debate about fat and sugar, and the link between red meat and processed meat with cancer, have attracted big headlines in recent years.

“These foods can be harmful, as we have explained. But they are a much smaller problem than low consumption of whole grains, fruits, nuts, seeds and vegetables,” says Murray.

According to researchers, bad eating habits are reducing several years to the life expectancy of people, around the world.

But Murray warns that the important questions we should ask ourselves are, “Am I going to die at 50 from a heart attack? Will I have some of the diet-related cancers at my age 40?“

Mediterranean countries have one of the lowest numbers of diet-related deaths worldwide.

In fact, Israel has the lowest diet-related death rate on the planet: 89 per 100,000 people per year, followed by France and Spain.

The countries of Southeast, South and Central Asia, meanwhile, are at the opposite end of the spectro.China consumes huge amounts of salt with salted sauces such as soy, a key part of that country's cuisine.

But the growing popularity of processed foods is introducing even more salt into the diet of the Chinese, who have the highest mortality rate in the world, as far as salt consumption is concerned.

Japan, which consumed as much salt as China, changed the diet.