Home People As we are Without patience and without words

We know it's ugly, it's bad taste, that it's offensive and all that. But when we lose patience, things happen. And if they happen! 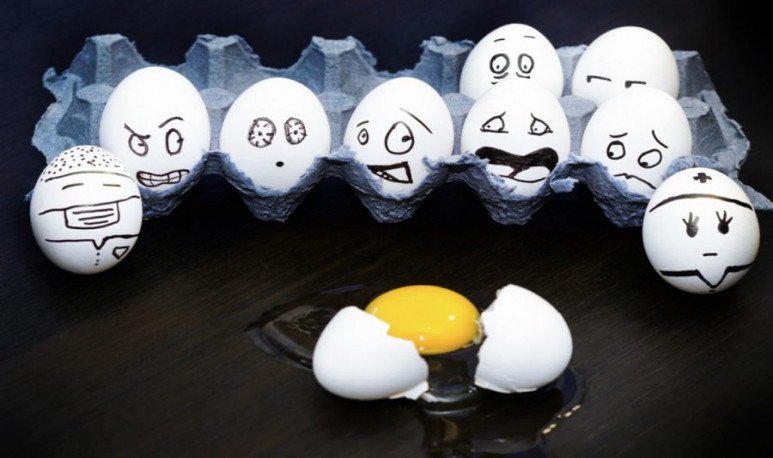 Sometimes, we run out of patience and without words.

We know it's ugly, that it's bad taste, that it's offensive and all that, but what an indescribable liberation we feel when we do it. It comes when we're reaching the limit point and sometimes we don't even see it coming. We are surprised to find that our hands are moving without us giving them the order, sending a message that leaves no room for doubt: “You're swell my eggs.”

From our repertoire of Argentine  gestures  , the quintessential sign to tell the other person that he is bothering us a little with his words or with his actions is a tribute to subtlety. It's about placing both palms up, at hip height, and moving your hands from top to bottom as if we were holding something very heavy or bulky.

The receiver, in general, is usually somewhat offended by the violent gesticulation and lack of patience of his interlocutor, because — of course — he was not swell his eggs. Therefore, those who do not handle this sign skillfully have advice to give him: let us avoid its use as much as possible, since nothing good derives from that gesture as crude as liberating.

Swell eggs and your family

There are other expressions that can be used to tell someone they're swell our eggs without saying “You're swell my eggs.” These  phrases  have the same effect and are accompanied by the corresponding gesture mentioned above. Take note:

It's practically the same as swell eggs. The difference is that the verb “break”, with its initial letter R, gives us the possibility to mark the sound in a way that makes it clear that they are bothering us too much.

Are you screwing me? Stop screwing up!

The  word  “hell” has multiple uses depending on the country in which it is pronounced. In Spain it is very common that it is chosen as a form of astonishment: “Fuck, man! “. In Argentina it is similar. If someone tells us a very juicy gossip, we get inside to say, “Are you screwing me? “. With this rhetorical question what we mean is that we know that our announcer is not “screwing” us (charging or lying), but it is so surprising what counts we can't believe it.

But going back to our topic, we may use the verb “fuck” not only to express amazement. When an Argentine feels that another person is behaving heavily, that is, insistent or intense, he is born to say “Stop screwing! “. At best, we can opt for the nicest option, asking “please” and “thank you”: “Stop messing with  that , please! “.

This  phrase  is very common among centennial:  those young people who, as a rule, are still in high school. “Geder” is a verb that is not yet found in the Dictionary of the Royal Spanish Academy (RAE), but that any teenager in our country understands. They say that it arises from well-known songs of the cumbiero genre, so popular in our country. It means, like the other examples, “disturb”. It is used among people of the same generation as an attempt to calm another who, perhaps, is “very handy” (intense, insistent). But, also, the phrase “What a gede! “may be expressed by a teenager towards an adult, as a way of protesting or indicating that they are too disturbing him with responsibilities or obligations.

Quite the opposite of the example above. The prayer “What a fan of quinotos! “is usually used by generations of older adults. Probably, our grandparents told us when we were children on several occasions, when we were doing too many mischief. Or, maybe, they told our parents and uncles. The truth is that if an Argentinean tells you that you are a quinotos fan, it is likely that it won't bother you. Because the phrase “What a quinotos swells! “is better received than the phrase “You're breaking my eggs! “because, let's be honest, it sounds nicer.