Home People As we are When you play the Superclassic

When the Superclassic is played, the weekend is organized around the two hours of the match. 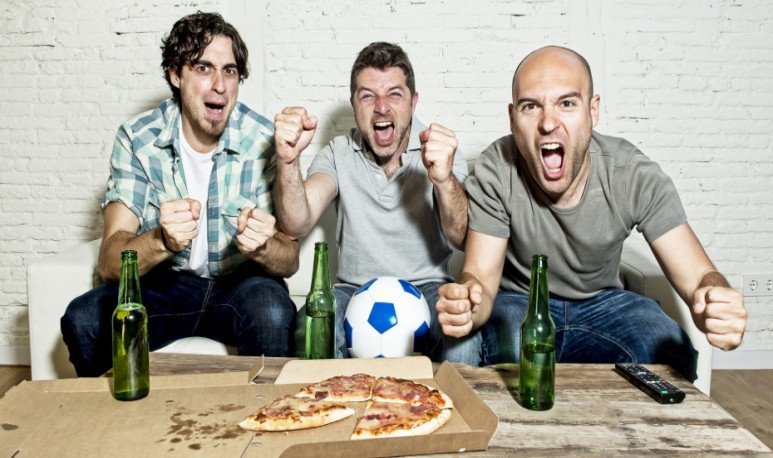 When the  superclassic is played, the weekend is organized around the two hours of the match. Whole family routines adapt to the Boca-River, although not everyone is interested. Friends who aren't even from any of those teams add to the plan of the day, because the show is always worth it.

But the show doesn't take place in the  Bombonera  or the  Monumental  , no. The real show is given inside: the stage can be a house or a bar, but the protagonists are always fans on one side and the other. Friends, sister-in-law, in-law, sons-in-law, cousins: when you play the superclassic, no matter what bond you join them; what matters is who wins and who loses.

Fede is from River. On Sunday someone sent a message to the WhatsApp group: “We got together at home to watch the match.” The host, in this case, was from Boca. A while before the appointment time, Fede went to the meeting place beer in hand to spend a moment with friends. When he arrived, he noticed that they were all from Boca, but one, a shy river fan who preferred to keep his profile low.  Fernet , wine, beer, minced - everything was ready. It was only necessary for the ball to start rolling.

When playing superclassic,  bullying  among adults is common currency. The victim changes from match to match: this time it was Fede. Perhaps because he had from the beginning an attitude of proud and “mouth” fan, different from his club stump, who preferred discretion and enjoy or suffer quietly. It is common for you to take more “knit” to the one who shows anger and passion for your team. That's how it was. During the 90 minutes that the match lasted, Fede had to endure being screamed goals in his face, which he was called chicken and cold breasted, among other things. Like he's playing on the court, like it's his responsibility.

Because in these matches where the triumph - and the defeat - are so important, the spectators become participants. They live the moment as if they were in the green grass playing the championship and not on the armchair of their homes. They can cover and sword their team as they would defend a relative and criticize the opposites as if they were their worst enemies. This momentary war can be taken a break during the 15 minutes of the halftime where friends fill their glasses, go to the bathroom and answer a message. But the match is resumed as soon as the referee's whistle sounds once again, indicating that the second half of the game begins.

Not as well as the match ended, Fede greeted and went fast, angry. But that anger will be on another plane, other than friendship. Because those things don't mix up: one thing is football and another is friends. Spent will last at most one more day, and then everything will return to normal until the next superclassic.

However, what surprises is that ability we have to separate one thing from the other, to set aside the affection to give rise to the heavy burden, to take every fact within its context and get angry about it, but for that and nothing else. After all, history, and especially football, will always give us place to have our own moment of rematch, and in that case it will be Fede who chooses his victim.