Home People As we are When society has something to say

In Mendoza, an attempt was made to modify a law with high social impact. Society went out in peace. The norm is back to normal. 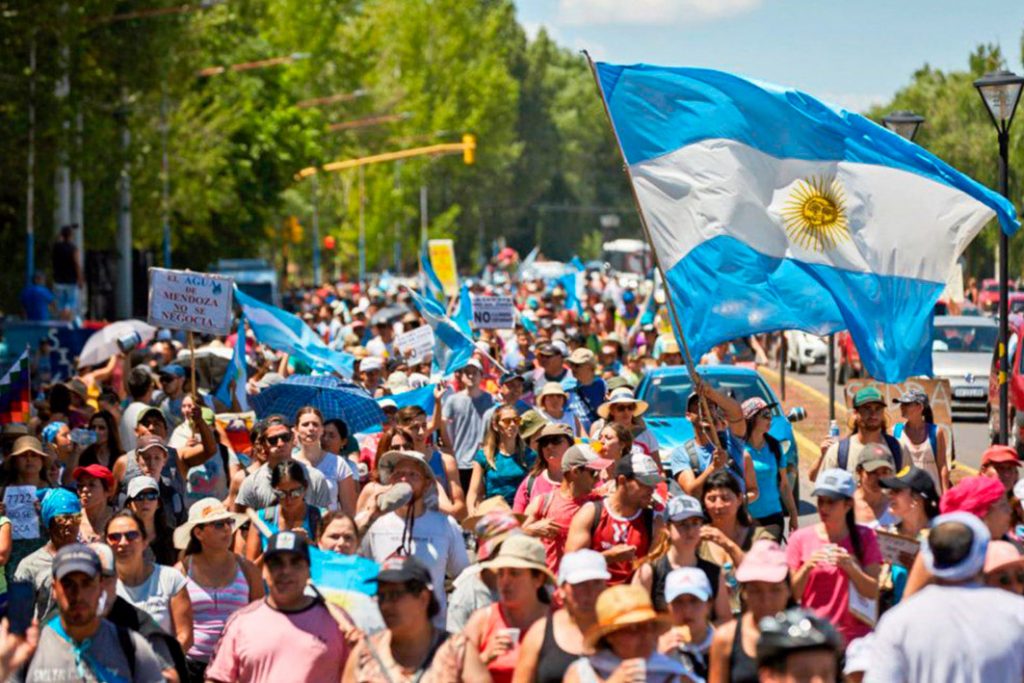 Mendocine is a conservative society. At least, that's how those who visit us define it. Above all, artists and popular figures. In some cases, in addition, the mendocino is parched, stubborn, unfriendly and introverted. Surely the latter has to do with our mountain climate and proximity to the Cordillera de Los Andes. Sometimes the cold locks us in our homes and we lose the practice of social relations . However, they are not all pale. In the last few days a quality has been demonstrated that, up to now, had not been fully manifested in our people: union. We Mendoza demonstrate that we are united by the same goal.

To some unsuspecting, it must be explained that the local government tried to amend a law to give the green light to metal mining. The vast majority of society went to the crossroads, claiming that this activity is polluting and that Mendozawaterwas at risk. The people manifested themselves and the amendment of the law was repealed. A social plenum.

But beyond this particular case and without analyzing the objective of the demonstrations. Without going into the debate on “mining yes” or “mining no”. Nor are we getting involved in political issues. What cannot be ignored here is that there was an issue that completely crossed our society. But just because it aroused people's interest, and not because of the political motivation or social opportunism that this could imply .

That's why hundreds of kilometers traveled on foot from remote parts of Mendoza. No political flags and blue and white as a common denominator. Of course, political advantage was the order of the day in some cases, but it was the least . The vast mass of tens of thousands mobilized in peace. No aggression, no outburst. Proving, perhaps, that the people can also be heard, even if it does not make too much bochinche.

The voice of an entire people