Home People As we are What was promised was debt: the chamamé had its celebration in a big way

The chamame was declared an Intangible World Heritage Site by Unesco and the celebrations resounded strongly in Corrientes. 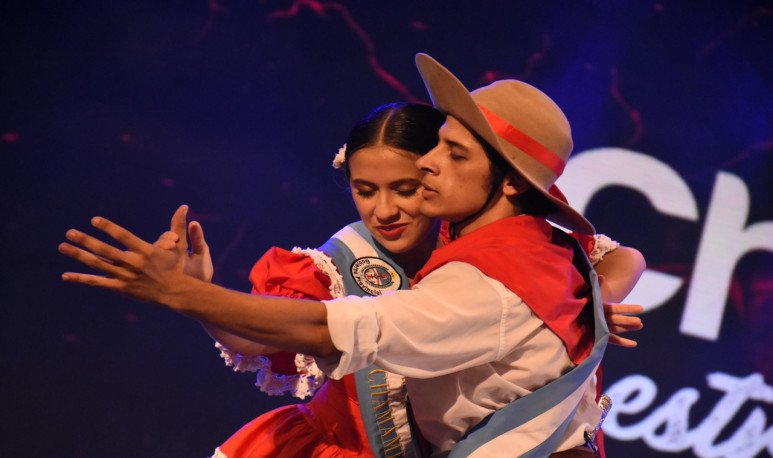 It happened at noon on a hot Wednesday in December.Just one day after the middle of the month.  The United Nations Educational, Scientific and Cultural Organization (Unesco) gave  chamamé  an insurmountable distinction . Traditional coastal music and dance had to go through an arduous selection process, which had previously been frustrated in 2018. However, the  town of  Correntino was far from surrendering and they wanted to come back, this time successfully. Today, everyone can know the transcendental contribution to culture of a tradition that saw great artists pass. But most of all, it is argento pride, and that also moved to the celebrations.

The morning began with honks throughout the city of  Corrientes  . It was the  National Sirenazo Chamamecero , which had been summoned in advance by social networks. He was part of the vigil to wait for the results of the vote that took place in Paris. Meanwhile, the announcement was still live at the Teatro Juan de Vera , with reduced attendance. It was composed mainly of government authorities and prominent artists. However, those who did not have access to the site were able to live the transmission in the same way. To do this, large screens were installed on the door with the aim that no one would be excluded from breathing the triumph.

Welcome to the party

“ Chamamé is much more than a cheerful music that was heard in bailantas. It is a cultural event that does not distinguish social classes and has its own celebration: the Chamamé National Festival and the Mercosur Festival. Chamamé is the brand of identity of a large region of Argentina and many Argentines in different parts of the country.”  This profound way was defined by  Gabriel Romero , president of the Provincial Institute of Culture of Corrientes. At the same time, the news was echoed on every computer, radio or television on our floor. Although, undoubtedly, the  coast  felt it as an achievement of its own, the fruit of a longing that involved effort to realize.

What came after were  a series of festivities organized in different neighborhoods of the provincial capital  with the relevant health protocols.  From 18 onwards, four trucks departed to tour the areas with Chamameceros musicians on board playing live . The artists called were La Pilarcita, Gente de Ley, Irundy and Chamamé Kuña. For Eduardo Sívori, the director of Performing Arts at the Institute of Culture, was the way they found to join the community. At all times, social responsibility was appealed to but with the encouragement that every citizen would be part of the party.

It was felt in Corrientes, in the country and in the world

The vans ended their journey along the Paraná River, on the Costanera Sur. The children danced, friends met again, families inside the cars encouraged, and the elders cried. In a year so complex and plagued by a pandemic, contact with the other was felt again for a day. Horsemen and pilgrimages on horseback also participated, on par with the dances and melodies that resonated. Outside the provincial territory, the rest of Argentina sent their congratulations and symbols of pride. And to crown the excitement, the night arrived the Obelisk in Buenos Aires shone in his honor. There, the legend   “Chamamé, World Heritage”   shone like never before.