Home People As we are What does it take to be the Missionary of the Year?

Every year missionaries choose the Missionary of the Year. We'll tell you who the winners were in the red land and why. 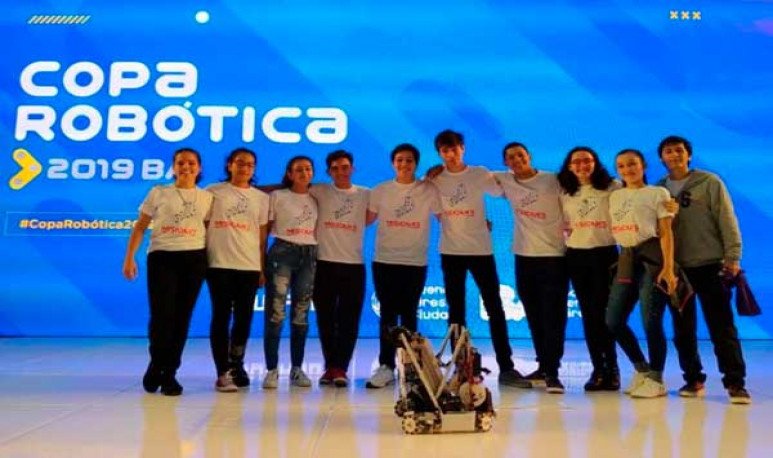 Every year, the daily  Territorio  exalts the noblest values of missionary society through the Missionary of the Year , a contest that has readers as judges . The distinction has been awarded since 2013 and stands out to those who carried out an important action in the province during the year. Whether or not that person is native to the  red earth.

It is not a question of selecting the “best of all missionaries”, but of rescuing those personalities linked to different values. For example, solidarity, vocation for service,  talent  and perseverance.

Last year, 10 candidates were selected to compete for the prestigious award. Among them was the  Argentine Robotics Team, 100% missionary , who represented the country in Dubai. Also participating was the ecological organization   Ecotierra  , which was dedicated to cleaning the Paraná River and to raising ecological awareness.  Andrés González  was another of the selected ones. Andrés was a symbol of missionary resilience in 2019, because, recovered from his accident, he continues his art today.  Ángela Martínez , a pediatrician from Monte Carlo who attends the Mbya villages, was also nominated by the missionaries.  Abigail Fleitas , notable for their community work, and Yamila Rodríguez , a symbol of Argentine women's football, joined the nomina. With them, they disputed four more referents from the province.

Missionary of the Year 2019 went to Argentina's Robotics Selection . The youth team joined the final round together with Abigail Fleitas and Ángela Martínez. The final decision was not an easy task, as everyone deserved the award.

In the  previous editions  of Missionary of the Year, different personalities from the province were winners of this distinction. The late bishop emeritus of Puerto Iguazú, Joaquín Piña Batllevel was the first to receive him. In  2014 , he won the doctor Ángel D'Annunzio, head of Oncology at the Ramón Madariaga Hospital in Posadas. Every year, D'Annunzio treats about 600 patients from all over the province.

In  2015  the award was received by director Gisela Knipp on behalf of the SOS Villages of Oberá. The organization houses minors referred to by the Justice, victims of neglect, abuse and violence.  2016 , was for Edy González Lemos, a teacher at the 898 School in Alegría, in San Antonio. Edy attended, despite a complication in his health, on horseback to the farthest school in the village.

In  2017 , the award was in the hands of Ramón Ayala, renowned and beloved multifaceted artist of the red land. Meanwhile in  2018 , the winner was nothing less than a school. The Epet 25 of Campo Grande. The new school was set to put into practice its technical knowledge in pursuit of tasks that solve community problems.