Home People As we are What are we doing to our animals?

Something is wrong with human behavior, which motivates unusual appearances of animals in cities. Look at these rare Santafesino cases. 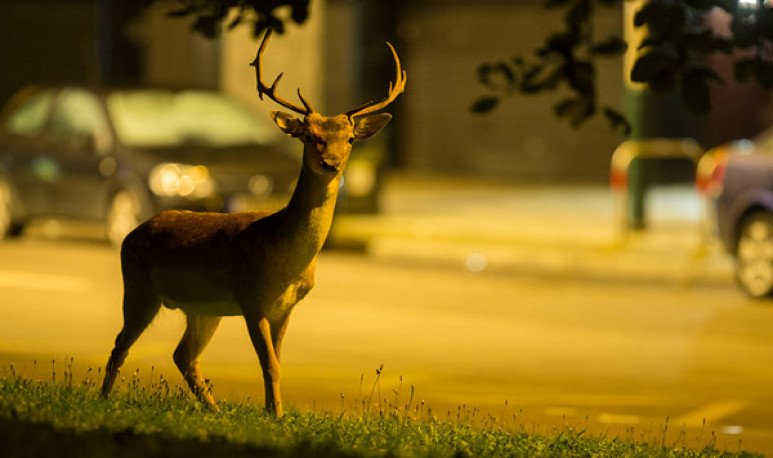 You must have seen several notes in Ser Argentino, about strange animal appearances and rare natural phenomena that have been taking place this year. Apparently, the coincidence of the isolation by COVID-19 with the alarming downfall of Paraná motivated film scenes. All over the world, photos and videos of  wild or wild animals swarming through large cities proliferated. Argentina and, in particular, Santa Fe were not exceptions.

Beyond that this kind of news is very easy to get viral and usually present funny dyes, their origin does not seem to be very happy. It is that  something we have to be doing wrong , in our natural environment, so that bugs like the shy water guazú or the deer appear in the middle of the cities.

Many specialists have been consulted through television, radio, graphic and digital media. In most cases,  they explain these phenomena by the disturbing climate change and the historic downfall  of our region's waters. But, in addition, several sectors try to raise awareness about some things that are directly linked to negative behaviors on the part of people. One of the most well-known, lately, in the Argentine Litoral, was the indiscriminate burning of grasslands. But there are many other things that humans are peing out of the jar. Our poor waste management, transport use and many other factors alter climate change.

I will mention four unusual episodes of wild or wild animals that appeared in Santafesino cities. Not to laugh, but to start thinking  how we can make these bugs live better , as they deserve.

Between ponies, snakes and lizards

A huge specimen of viper lampalagua caused panic among the citizens of Ceres, the town of western Santa Fe. They found her  in a dining room  and gave notice to the authorities. Finding a lampalagua is not like finding a snake, of those that are seen so much on the islands. This  is a boa constrictor.  It is able to swallow large mammals whole. The animal was removed by volunteer fire personnel, who then returned it to the rural area of that city of the San Cristóbal department.

A few days ago, community police officers rescued  an overo lizard who entered a villa in Villa Gobernador Galvez.  The uniformed men were present in a house where they interviewed a 47-year-old man who told them that the animal appeared surprisingly in their home. For this reason, the officers captured the lizard and transferred it to the Ribera Headquarters of the Environment Secretariat.  This reptile, which is often confused with iguanas, is often seen in Santa Fe . But in the fifths zones! Close to the rivers! How is a city neighbor not going to be scared to find one in front of his house?

In the heart of Candioti , one of the trendy ones in the city of Santa Fe, for its many bars, ran two ponies. Unusual. Police personnel were alerted by the 911 Emergency Central and spotted animals in the vicinity of Pedro Víttori and Castellanos streets. Due to the traffic in the area, the  equines came out in the gallop until they were able to find them at the busy corner of Alem Avenue and Sarmiento . Once at Police Station 3, the alleged owner of the specimens was reported, who was charged with alleged animal abuse.

Also in Candioti neighborhood (it seems that as the neighborhood is fashionable they go up to exotic animals)  appeared a deer axis inside a house!  No one explains how this happened, given that axis is a type of deer that is not even native to the region. I mean, they've found a godowel or weasel... but an axis is like your house in a zebra . At the call of the neighbors, municipal staff approached the place where they found the animal. Then, the deer  was captured and transferred to Granja La Esmeralda  (Santafesino space where specimens are rehabilitated for reintegration), where they released it.

I hope all these animals can still be found. But not in Santafesino cities. Not any Argentine city.  Let us see them in their habitats.  Let us know how to take care of their real homes.