Home People As we are What a man can not change: his passion

The Mendoza is told by his passion. Gathering is prohibited, but the amount of meat and wine bought says otherwise. 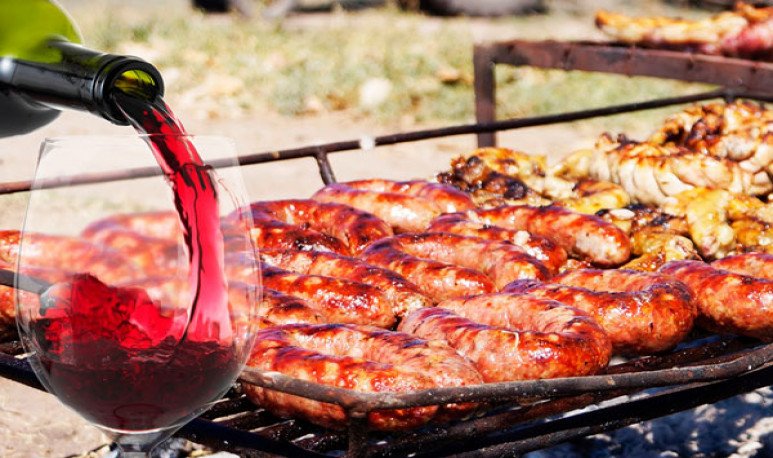 Under the same premise,  the provincial authorities have warned that the common Mendoza cannot change the passion of eating   a roast  and drinking a good wine with family or friends.  And this is how fines of thousands of pesos have been imposed for violators, since those gathered (family or friends) are prohibited.

But, beyond the fines, we remain with the transgressive attitude of the Mendoza people. It is that, until the beginning of June, the smear of up to 10 people were enabled. However,  the indiscriminate increase in COVID-19 cases led the authorities to ban such meetings until further notice. However, sales did not fall in equal proportion. I mean, people kept getting together. A passion which, it seems, can not be dispensed with .

Bakers  , butchers and storekeepers all agree. Sales soar on Friday afternoons and on Saturday and Sunday mornings . Large amounts that are not consistent with a simple family dinner of 4 or 5 people. On the contrary, shopping will give up meetings between friends of much more than 5 people.

Large whole ribs, boxes of wine and kilos of bread speak for themselves . These are numerous together, unless there are hundreds of families of 10 people in Mendoza. Something that clearly doesn't happen.

Some traders find another explanation for the phenomenon of big sales during the weekend. Many understand that  running hours and home office during the week cause people to leave shopping for the weekend. Perhaps, large quantities are not to be consumed in a single meal, but rather a matter of supply for several days.  However, a butcher is very clear when the customer is making the same roast, or is asking to collect meat for days to come.

The health authorities in Mendoza have it clear that  the main sources of contagion are clandestine meetings in private homes  (either of friends or family). The fact is that, indoors, it is very difficult for the control bodies to verify that the distance is maintained and that the protocols are complied with. That is why, regardless of the stage and the restrictions, people are called for self-control and awareness.

We Mendoza have in our memory the famous  case 98. Another Mendoza who could not give up his passion. A little more flawed passion at night and hallucinogenic elements.  That was what reigned in the meeting that, clandestinely, carried out and from which multiple contagion foci broke out, which triggered the situation we have today in Mendoza in front of COVID-19.

It is clear that, one way or another, it was going to get more complicated. But surely we would have preferred it to happen for other reasons, not for a  clandestine  party full of excesses.