Home People As we are Welcome to Corrientes

“Welcome to Corrientes” is a call for neighbors to create new welcome icons to the city. Look at the Correntina inventive! 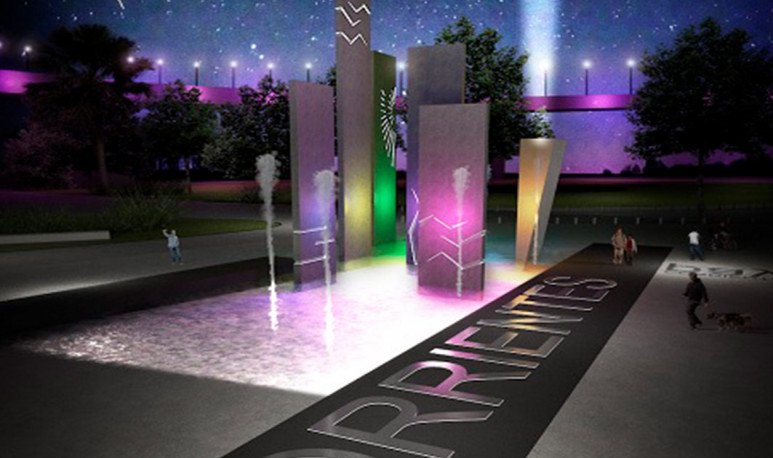 The local governments of our country have long sought to encourage the participation of neighbors in public affairs. This began with participatory budgets to achieve greater democratization and transparency within each city. But these policies were expanding into other areas. “Welcome to Corrientes” is proof of that.

In this  call ,  the neighbor from Correntino found himself faced with the opportunity to design a public space in his city . According to the terms and conditions of the competition, the provincial capital was missing something. Something very important! It did not have identity elements in its main accesses that would welcome tourists. And if there's anything left to the Correntino, it's  identity ! Then he got to work.

In the contest were presented dozens of super picturesque proposals.  “ La Milagrosa fe y sus siete puntas”, the “Talisman del  Taraguí ”, “A puro payé”, “Chords chamamecero” and many more.   projects most voted by the people.  The first place was received by Julieta Acuña with her design “Root in Deployment ”: “The accordion is implanted rising on a slope of vegetation, symbolizing a duality between this dynamism and tradition. Between the classic and the modern, its link with the environment through the green. Unfolding and forming living areas, using benches promoting a meeting place, triggering an Urban Milestone,” the description says.

The second place went to Mario Zorrilla and his “Payé de las Siete Corrientes”. A proposal that merges the geography of public space with the magic of Correntina. Finally, the third place was received by Martín Armando Calvo and his “Paseo del Yacaré”.

Beyond those selected, the most important thing was the number of designs received. The diversity of identity of Corrientes was reflected in all of them. The icons of welcome to the city included yacarés,  chamamé , much payé and even a  fish .