Romina divorced and decided to celebrate her new stage in a very particular way. 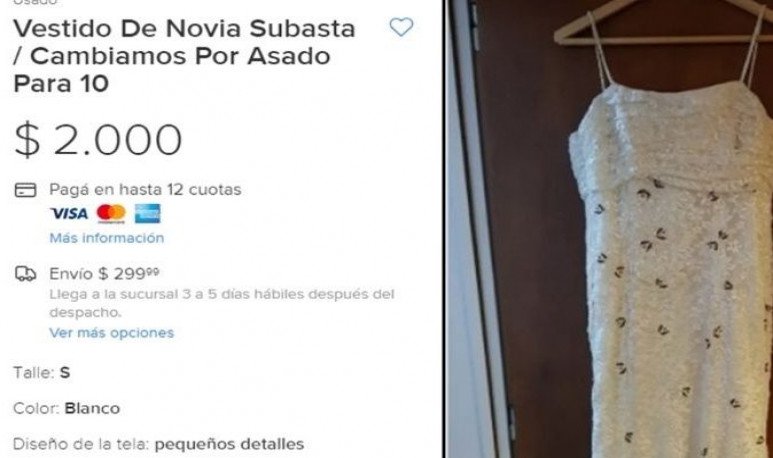 For an Argentinian, there's something that heals everything: a barbecue with friends. Some people, however, take it literally. One day, Romina opened her closet and found something that should not be there anymore: her wedding dress. And he decided to auction it in exchange for a barbecue for 10 people.
The story is more or less the usual: Romina fell in love, married and, after 4 years, love was simply over. Her ex went to travel the world and she stayed in Rosario. Eight years later, she decided that the wedding dress she wore that time had nothing to do in her life.
It was then that he discussed it with his friends during a barbecue and came to the conclusion that since it would be difficult to sell it, the best thing was to auction it. And her friend Camila had the idea: exchange it for a barbecue to celebrate the new present.
Through her Twitter account, Camila posted the message: “With my friends we are auctioning the wedding dress of one of the group for Free Market in exchange for a barbecue for 10 in tribute to love that didn't work. It's champagne colour with divine details.”
The impact was much higher than expected and, apparently, Romina already has a buyer for her wedding dress. And his friends, the next roast secured.

Sachets of sugar from around the world