The delicious little boy is a badge and its process is an art. 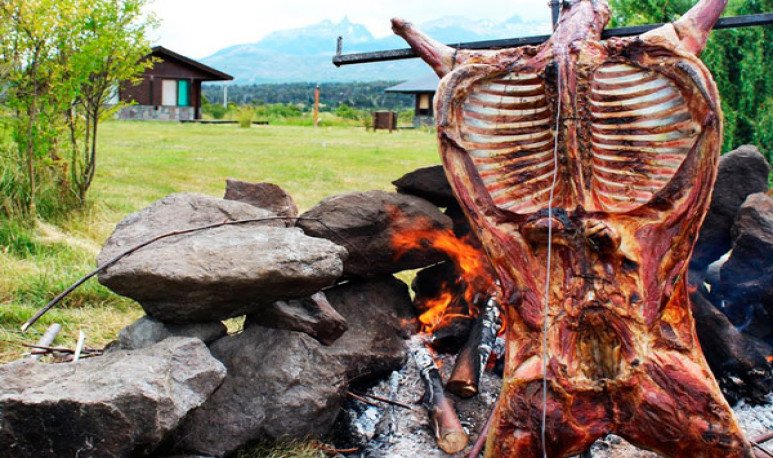 It is public knowledge that the  neuquino chivito is a registered trademark  of the province. Northern Neuquén raises and fattens thousands of animals a year  to market and of course eat at home . Chos Malal, Andacollo, Huinganco, in all these localities  the chivito is never missing.   Veneration for the animal is such that it even has its own feast.

In order for this friendly mountain animal to reach the plate, the process is not at all easy.  Special care needs to be taken both in care, and in the chosen place for the chivitos to become fattened and raised.  The fertile fields of the mountain range are known for their beautiful landscapes and is also the place for the goat to develop muscle and fat. These fields are called   summers .  During the winter, they are covered with snow that when spring comes completely melts. Thus,  in the summer they become green meadows with tender and abundant pastures.

Every year, from the end of November to April,  many families from the north of Neuquin move to these summers . The caravan made up  of goats and herds of sheep  is an activity that has been carried out many years ago in Neuquén. The  price of a little boy of about 7 kg, is around 3500$ to the day of the date . It can be purchased at many neuquine butchers, but sometimes the demand is so much that they have to be booked in advance. They say those who know that the best way to do it is to the withers or to the smoke, but it can also be roasted on the grill and baked clay

Transhumantes (poem in the summers)

On the coast of the

how can you hear

What an ercane and what a sharp,

the effect of the glass

They are the inland summers

Valleys of the mountain range

and the rivers are filled with

Behind is the zampa,

the lagoons that curd

path is the life

and fords of hondon

in the cold water

While the long and tenacious dust goes back

the hoarse voices and

made to be desired,

barely some buds sprout in the willow,