Home People As we are Unconditional

The colors of a T-shirt awaken that which is not explained, that makes us scream, cry, love and hate, all at the same time. 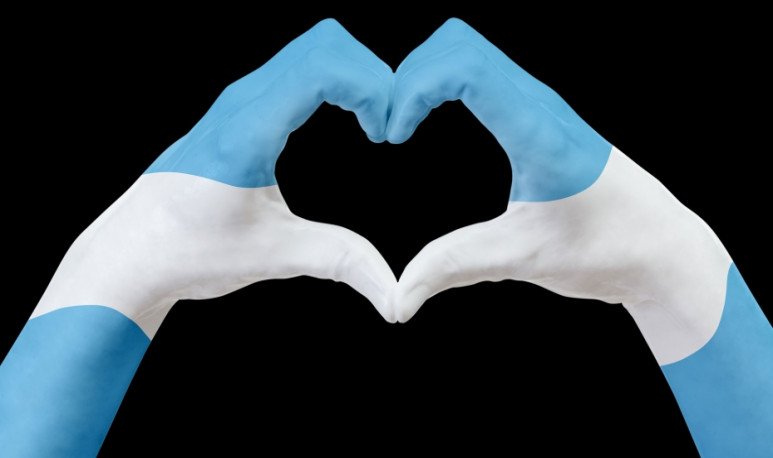 Football clubs are nothing more or less than that: clubs.  Neighborhood clubs. And, among neighborhood clubs, of course, there is always a pica. Hence the Argentine football classics — from the big, medium and small teams — always live in the same neighborhood:  Independiente  y  Racing , Newell's and Central, Students and Gymnastics, San Lorenzo and Hurricane, Brown and Morón, Workshops and Belgrano, River and Boca?

The superclassic — as it could not be otherwise — also has its origin in a dispute between neighbors: River Plate had its first home in La Boca. Years later  he moved his stadium  to the neighborhood of Núñez, but took with him the rivalry with Boca Juniors.

Today, the fans of River and Boca proliferate in all parts of the country: the boundaries of the neighborhood spread, but the passion remains intact. Because the colors of a T-shirt awaken that which is not explained, that makes us scream, cry, love and hate, all at the same time. In Nunez, in La Boca, or wherever they call us.

What is it due to? To the very essence of the paddock, the ball on the sidewalk, the neighborhood. That's why it doesn't matter big brands, big stars, millions of pesos or coded TV. Love for our club comes from the neighborhood, from the genesis of our own childhood, from our own being. And so it is: unconditional, irrational and beautiful.

The colors of the neighborhood

The mysticism of the club vibrates both inside and outside the court. And if we talk about a club whose neighborhood breathes the colors of the shirt in all its corners, that club is Boca.

In “The People's Republic of La Boca” as it is known, everything has to do with the team. It is not necessary to be in the stables that surround the stadium, in all the streets of the neighborhood we can find the characteristic blue and yellow, the shield on all the murals, the exterior of the houses painted with gigantographies of Diego Maradona, Palermo, Riquelme...

This area is so particular in Buenos Aires culture that even tourists miss it. Foreigners don't just get to know the epic “Bombonera” or the tourist places like Caminito or the bridge of La Boca, but enjoy the paddocks, the makeshift bars on the sidewalks or are simply happy watching the murals.

Mystique in the neighborhood can be felt, especially when there is a match. With or without an audience, when playing Boca de local you live a festive atmosphere and the streets are filled with fans with t-shirt drinking mate or beer, enthusiastic about the meeting.

Irala Street -meters from Parque Lezama - is cut by a block for groups of friends and family to get together the bar called “La previa de Hernán”. As the name suggests, it is an informal bar that overlooks the street where the match is “the preview”. I mean, fans get together on that sidewalk to sing songs on the court and have a drink. The most faithful, in addition, stay to watch the match on TV that Hernán himself lends generously so that no one will miss it.For the occasion, in addition, the neighbors hang Boca flags all over that block and each approaching fan can participate putting their own.

Another very common image in the neighborhood is that of the micros parked in double row with flags coming out of their windows. They are the micros that bring the  xeneizes  residents of other provinces who want to witness the event closely.

If played at night, the Boca stadium shines with a special blue and yellow lighting. They are lights that do not light up the rest of the days, demonstrating, once again, how the party makes itself felt in the neighborhood.