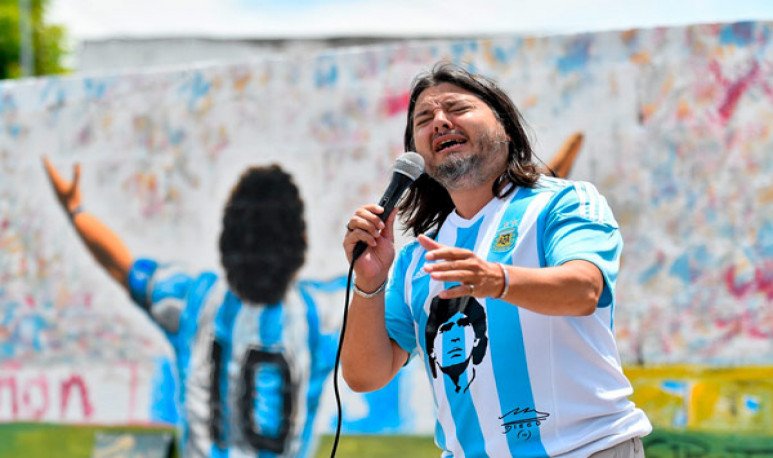 The death of  Diego Armando Maradona  on November 25 took more than one by surprise, but after the departure of the “10" from the earthly plane, and the beginning of legend, began throughout the country a series of   tributes   that seems to have no end.

The appearance of an unpublished or poorly disseminated video, a new anecdote that shows his human side that has little to do with the excesses that sold more in the media, the goal to the English seen from another camera, the memory of the boy who organized a profit match to a neighborhood court in Naples or any other situation that comes to light, excites more than one.

In  Trelew , province of  Chubut , a group of people decidedoacute; create the Civil Association - Peña Diego Armando Maradona Eterno , which was launched after the  wonderful work of Mariano Ponte that a mural of the corner Mitre and Remedios de Escalada del Escalada  Pueblo de Luis  left immortalized the best football player of all time.

At the opening ceremony of the mural and launch of the rock, Ramiro Outeda, a member of the civil association and who was in charge of leading the initial kick-off of this brand new organization, said that it  aims to “promote and disseminate the figure and the sports and social legacy  of the great Diego Armando Maradona” . 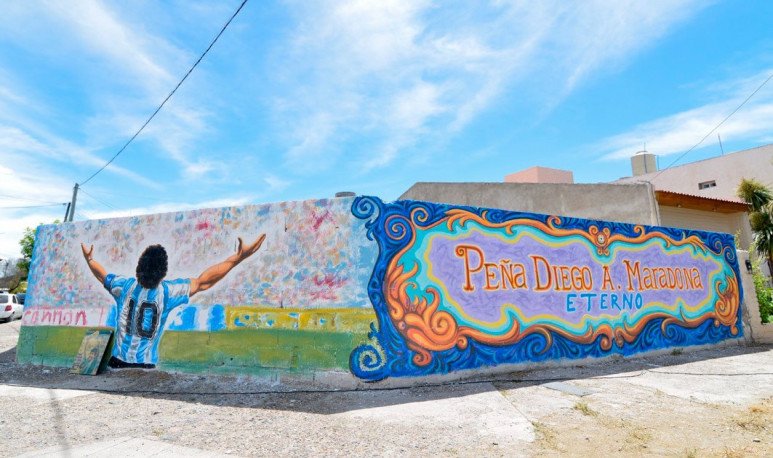 Mariano Ponte's work is completed with two inscriptions on the side of the figure of “10": on his left, the phrase" Maradonicemos el mundo "and, on the right, the name of the brand new rock.

On December 18, just in the afternoon, the launch ceremony of the civil association was held, with the presence of neighbors who approached under strict health protocols.  “ I think that after Segurola and Havana, Mitre and Remedios de Escalada will come. Surely it will be one of the corners that we link with the largest one,” said Ramiro Outeda, visibly excited by the creation of the rock.

Among other personalities, as promoters of this new non-profit organization, are journalists Augusto Rakijar and Outeda himself, Juan Manuel Olsina Serra, Germán Ashagún, Tussef Jorge, Fuillermo Venosa, Francisco Emanuel Pascual and Joaquín Grosso, among other Trelewenses who joined the initiative to honor Diego.

After reading the constitutive act, the founding partners signed the statute to formalize the formation of the Civil Association Peña Diego Armando Maradona Eterno, which began to join the first members outside the group that promoted the organization.

Then came the most emotional moment, where art became present to recognize the football star.

The new vice-president of la peña,  tango singer Juan Manuel Olsina Serra, performed three  songs  :  La mano de Dios , one that  Rodrigo Bueno immortalizó and it became a Maradonian hymn;  The dream of the pibe, by Juan Puey, and Diego Eterno , of his own authorship.

For those who want to follow from anywhere in the world the activities of this new organization that will seek to spread Maradona's legacy, they can be aware of Facebook, Twitter and Instagram accounts. You can also send mail to ongmaradonaeterno@gmail.com, box in which registrations will be received free of charge.

Trelew  didn't want to stay out of the tributes to  Diego Armando Maradona    and he did it big, with a mural that became a place because each neighbor who sees it takes a few minutes to be able to take a photograph, with a release in which music became the protagonist to celebrate this artist of the ball, and with a new organization that will seek to immortalize the passage of the “10” for this world. 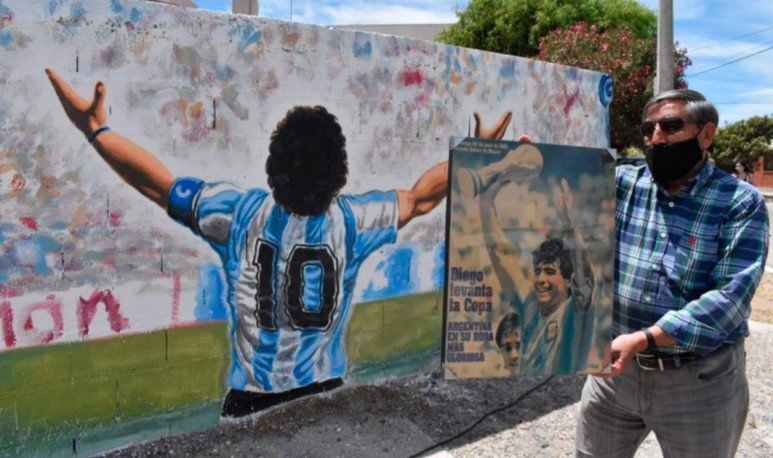 He won the heart of San Juan by selling chipá

3 myths to know the Cordovan identity