Located in the city of Tolhuin, the bakery La Union caught fire tragically. 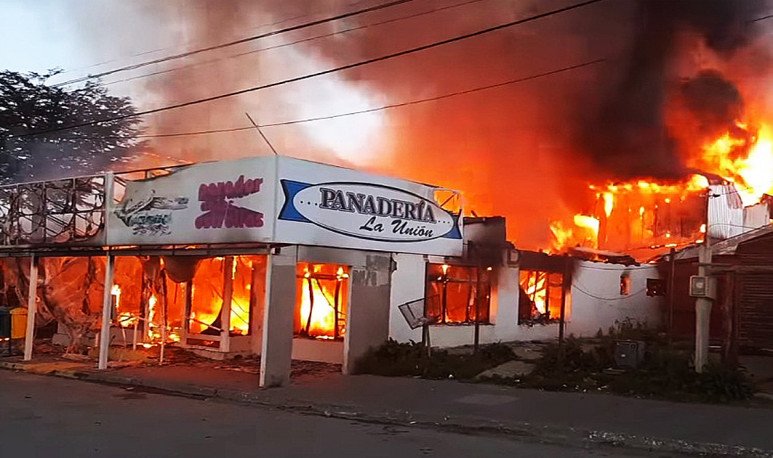 Argentinian kneading and breads are a classic among travelers .  The lovers of the route who only stop to fuel , always have a sponge cake or bill at hand to accompany the mate.  Those who prefer to make stops at ease and piacere also choose bakeries for each stop.  Flours are a classic in our way of holiday and travel r, so many  bakeries  await sightseeing seasons to exponentially increase their sales.

Every tourist city and every place that tourists must stop has its emblematic bakery . The city of  Tolhuin , located in the heart of the island  Tierra del Fueg , until this twenty-second of January had a historic meeting point.  La Unión bakery was born 37 years ago and was a must stop for travelers  on route 3. The location was perfect as it was  halfway between Ushuaia and Rio Grande , the two largest cities in the archipelago.

However,  a tragic event ended the life of the bakery  (or at least put it on hold). The morning of  January 22, the bakery caught fire . The 28 families who depended on the job at the bakery had their dreams ashen. Emilio Saez's heartbreaking words reflect the sadness of this loss: “I live back, one block away. I was woke up to the news this morning. You don't know what happened yet. Because of the pandemic and the issue of costs, a while ago we stopped having a serene in the place.”

The fire began to burn at dawn and its origin is unknown. Firefighters came immediately, but they no longer had room to put out the fire, so they  only held the flames so that they did not reach the beautiful wooden huts.

Inside there were several tributes : “The corner of dignity”, with photos and a statue of René Favaloro; another dedicated to the Submarine ARA San Juan; and a third homage in life to Fueguino journalist and historian Oscar “Mingo” Gutiérrez and Sister Carla Riva, an outstanding figure from Tolhuin.

Saez doesn't rule out a reopening,  but he's aware that this is not the time to think about it. In this regard he clarified: “My tears fall out. It's 37 years of work. We don't close a single day. We're 28 families. We had started to rally with the return of tourism. We were freaked out because we could recover the nine months we had lost.   At times I feel like crying, other times I want to face back and start.   It's a weird mix what I feel.”

Such was the symbolism that this place entailed, that  sad comments on social networks were not expected:  “For those of us who know and live in Tierra del Fuego the La Unión bakery located in the city of Tolhuin, visited by national and international stars, meant a cultural heritage huge. It is devastating to see this image of the iconic bakery set on fire,” Tweeted a Toulhinense.

Now,  every time a traveler travels Route 3 between Ushuaia and Rio Grande and passes through Tolhuin, he will remember with melancholy  that historic stop.