2050 is tomorrow. Make it happy for everyone. But for that, we have to change now, we, without expecting magic or unreal things. 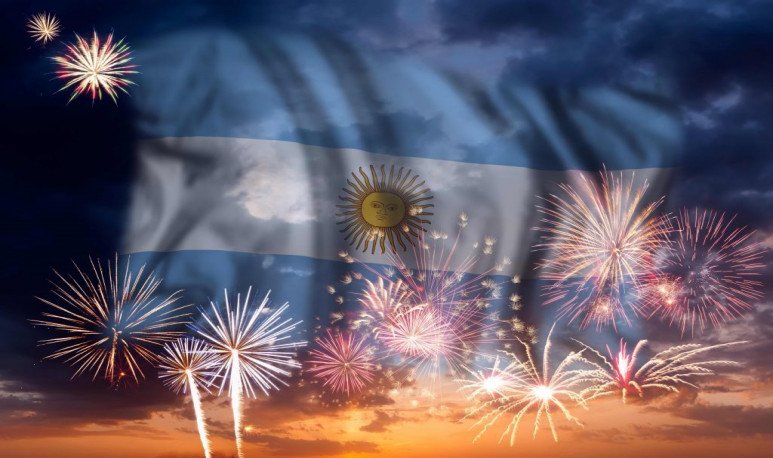 Growing up is taking a step forward, but it also means leaving things behind. Let go. Argentina is a country raised by immigrants who came to “become America”, but I think that with the idea of returning rich to their villages, not staying. In many other countries it was not the case. People emigrated to change and settle down. Ours always thought about coming back. Maybe that's why we're so nostalgic. That's why we're so hard to let go of the past. Our grandparents were thinking of showing their relatives that they had finally succeeded. And maybe that's why it's so important to be successful for us. We can't not know, not “be someone”, not succeed.

“Aiming at the stars may not lead you to them, but it's sure going to take you out of the mud,” a big publicity once said. And he was right. It's great that we think big. But to make it happen, we all have to be together. That's where our grandparents were wrong, who helped each other in some and trampled on others. We got the trampling. The denigration of the one who thinks differently. The insult to the one who is wrong. Intolerance that comes from the frustration of not being that powerful someone.

It's already. Let's leave all that behind. Let's grow up. Let's mature at once. Let's agree to raise this beautiful country once and for all. We can return to being a world power. We have everything: grains, cows, minerals, places for tourism, fishing, human talent. There are countries that with less than half, are rich. We're not the problem. The problem is, we don't agree. Everyone carries water for their mill. Think about saving yourself. There is no respect for society. And we're still bouncing against the walls like a crashing car.

Next year we have the opportunity to give us the vote. Let's think about what country we want. Let's adultly discuss how we want to live. No violence; we already had a lot and it didn't take us anywhere. Let's be honest with us. The world is changing very fast. You have to think about the country of 2020 and 2050, at the same time. Let's leave baby's whims. Let's do what is right, what is right, what needs to be done. Not which gives us a minimum advantage. Let's think big, not little guy. Let's be generous to the country and the country will be generous to us.