Home People As we are This summer, logistics operations were completed in Antarctica Argentina

We tell you about the tedious operations carried out by the logistics teams in Antarctica. 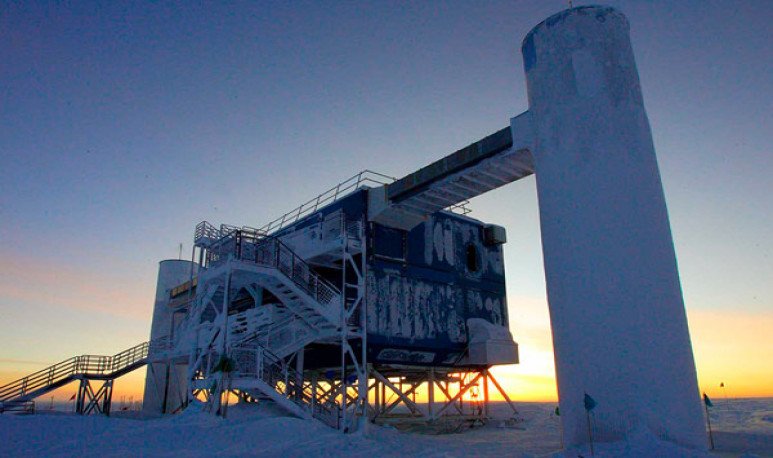 Life in the southern end of our country can be very hard.   Military , researchers, geographers and intrepids of climatology  are some of the professions exercised by the inhabitants of the icy bases  Antarctic  . Due to weather and isolation conditions,  these villagers have marked days to provide themselves with food and fuel, and also to dispose of the waste  they collected for a long time. The service provided by the ARA icebreakers (Navy of the Argentine Republic) is essential for the subsistence of these people.

On Friday, February 19, after 35 days of sailing,  the ice breaker ARA Almirante Irizar arrived at the port of  Ushuaia   thus ending the second stage of the  Antarctic Summer Campaign  (ACV). The conditions of the pandemic implied that Irizar's activities were carried out under a strict health protocol.  6201 nautical miles were covered  in this second stage of the Antarctic Summer Campaign 2020-2021, which included work on the  Antarctic Joint Bases Marambio, Esperanza, Orcadas, Belgrano II and the Carlini Scientific Base.

In a statement from the Official News Portal of the Argentine Navy (called  La Gaceta Marinera ),   it was reported that “the icebreaker and the ARA “Bahia Agradable” notice carried out the refueling of fuels, oils, food, building materials, general and special load of the  five bases included in the itinerary.  This logistical task, as well as waste removal, was carried out in conjunction with two Sea King from the Second Aeronaval Helicopter Squadron and a Bell 212 helicopter from the Argentine Air Force.  The replacement of the endowments for the Antarctic Joint Bases Orkney and Belgrano II was also carried out.”

But  not everything is supply and logistics  on these annual and routine trips. During the navigation period, between each base,  individual training tasks  were performed. What does this mean? That the  embarked sailors,  especially the youngest, were  instructed in firefighting exercises and in roles of abandonment of the unit.

In addition, the joint operations also envisaged the  transfer from Buenos Aires of personnel who will winter in the bases of the Antarctic Continent . Travels were made  on Argentine Air Force aircraft and helicopters.

The ACV is under operational control of the Antarctic Joint Command, under the Joint Staff of the Armed Forces, and its objective is  to carry out all actions to supply the Argentine bases and logistical support for the country's scientific activities  in the  Antarctica . Of course, in such campaigns,  the province of Tierra del Fuego and the port of its capital, Ushuaia, are of vital importance .

We tell you some particularities of the most important bases:

ESPERANZA : Along with the Chilean Villa Las Estrellas, they are the only establishments in Antarctica where there are temporary personnel performing military, scientific or service functions accompanied by their families .

The motto of the base is: “ Permanence, an act of sacrifice .” On this base there is a stone shelter known as  Hut of the Swedes  that has a particular history; it was erected in Esperanza Bay by the  shipwrecked Antarctic ship of the Swedish Antarctic Expedition  directed by Otto Nordenskjold. The shipwrecked  occupied the hut between March 12 and September 29, 1903 , when they were rescued by the Uruguay corvette. It was opened December 17, 1953

MARAMBIO : It is the main permanent scientific and military station that Argentina maintains in Antarctica. It is  under the dependence of the Argentine Air Force  and is located on Seymour Island or Marambio on the Weddell Sea. This island is about  14 km long by 8 km wide and the base is built on a plateau about 200 meters high . The temperatures on site easily reach  thirty degrees below zero and winds at 120 kilometers per hour ; these strong winds, in turn, prevent a large accumulation of snow in the plateau area.

The  Marambio base airfield  is the oldest in the whole of Antarctica and functions as an airlift between mainland Argentina and Antarctica Argentina. The airstrip  is compacted ground, in the permafrost, suitable for operation with large aircraft  using conventional landing gear. This track was built by the members of  the Sovereignty Patrol led by Vice Commodore Mario Luis Olezza , in the year

1969. In such a hostile environment and in very precarious conditions, living in tents and working with spikes and shovels,  the patrol made a great effort to achieve its goal, thus breaking the isolation and generating an airlift with the continent.