A woman from the Buenos Aires town of Capitán Sarmiento broke a bone and went to the clinic to have a cast on her. However, doctors did not notice a very important detail. 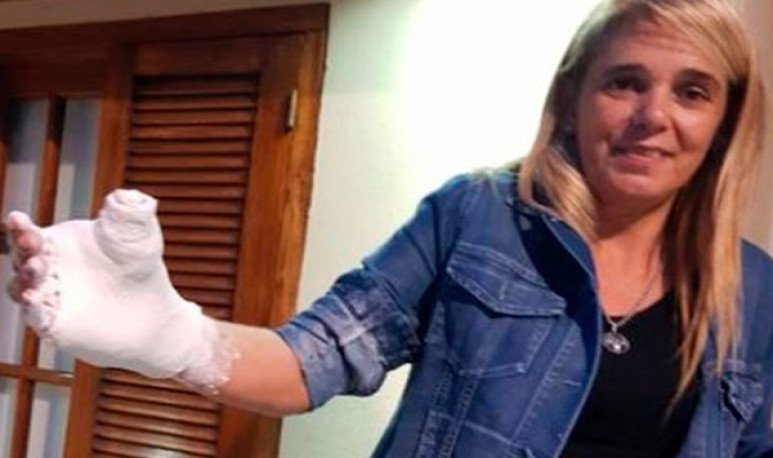 A woman from the Buenos Aires town of Capitán Sarmiento broke her hand and went to the nearest clinic to have a cast on her. But the doctors who attended her failed to warn that she had left her jean jacket on, so she had to go to a dressmaker to undo the seams of the garment and thus be able to remove it. The image of the victim was viralized on social media by her son, Lucas .

“ RT so that it doesn't happen to you like my old lady, who broke her hand, put the cast on her and now she doesn't get the jacket, hahaha,” wrote the young man next to his mother's photo on his Twitter account. The post had more than 170 replicas and a lot of comments from various users, about the experience.

“ She should have realized she took off her jacket. Other doctors cut your clothes and chau. She was mistaken, not the doctor,” replied one tweet, while another said, “Doctors walk at a thousand per hour. And your mommy's brainless didn't notice. Nice anecdote and poor people who blame the doctors.”  And it seems that the woman was angry with the health personnel after the incomveniente. Meanwhile, others chose to give absurd advice: “Try getting out the other sleeve” or “ Don't laugh and help her.”

After a few hours, Lucas Darío Muñoz returned to that social network and said: “ He had to go to a dressmaker to make her unclean neatly .” Among the answers, a user, and apparently friend of the female protagonist, demanded that she keep her abreast of how this story follows, along with a recognized meme where Lenny, a character of the Simpsons, is seen with her fingers on her chin eagerly waiting for an answer.

The laughter that heals