Home People As we are They arrested the Pope

The Pope was arrested again. It is the second time he succumbs to pleasure, in the middle of St. Peter's Square. Why don't you surprise this man? 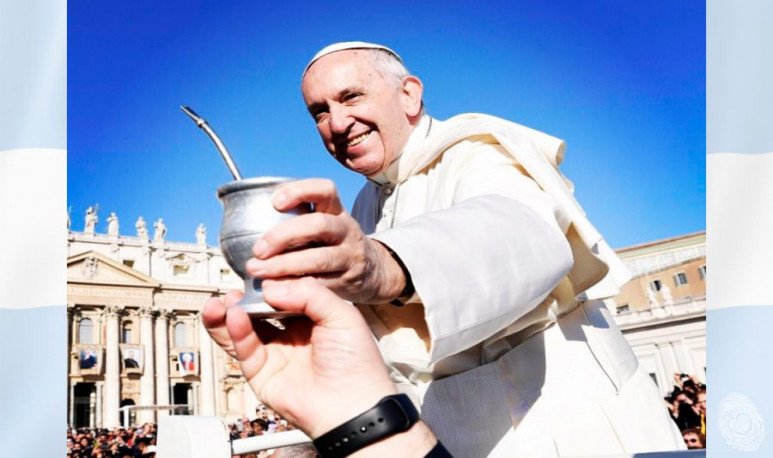 Many things can be blamed on the Pope. He never came to Argentina, one of the most Catholic countries in the world. Get into  politics , from the outside. And on the side of people prosecuted for corruption. Send rosaries to parishioners with justice problems. Or that he doesn't seem to be doing much for his Church, which is increasingly less faithful. Looks like it can't stop being news.

But if there is one thing you can not doubt is that he is well Argentinean.

The point is, and for the second time, the  Pope  was arrested. It has not taken public domain, but again, it was in Plaza San Pedro, on a Wednesday. Of those where he meets with his parishioners in a popular audience. One goes, you score and in the square you have the opportunity to see you up close. Say hello. Maybe even shaking his hand or touching him.

And here, “The great argento.”

Twice, I repeat. Because this is the second time someone shows him a  mate  and stops the pope. Yes. They showed him a  matte , primed, at a distance and stopped him. The guy nailed his mate and went his way, happy.

You can see that the  mate  can do it. Maybe he doesn't get quality weed in the  Vatican . You don't have a friend to take her from here. And see that they take things to him... to have known that with something so simple he can fix it! There's no one who knows how to bait rich. Go to know.

Question that the guy sees a mate and he pounces. Too bad it's not the key to giving our  president a little ball. Because  Cristina  once took him one and no ball he gave him. Do you remember, when they didn't want anything?