One of the distinctive features of the puntanos is associated with the saying: “Despacito and for the stones”. What does it mean? 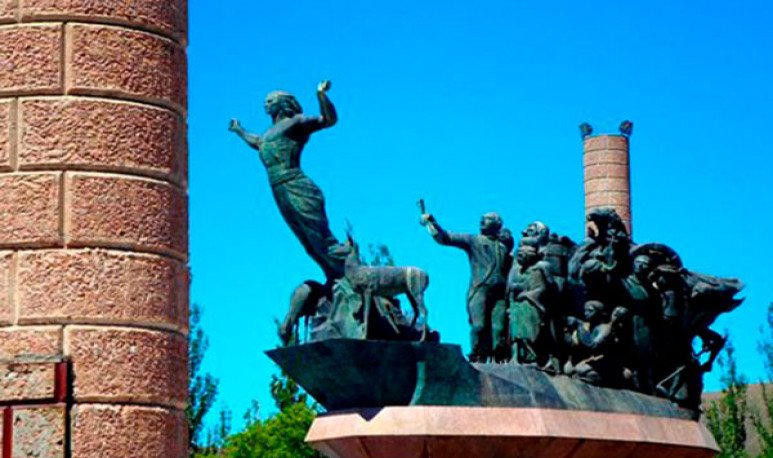 San Luis  was founded on August 25, 1594. This year, on its 426th anniversary, the Puntanos demonstrated very proud to belong to this land. Its natural beauties, its folklore, the tonada when talking and the typical meals of the place make up an emblematic range of this area. So that we can learn a little more about how they are and what are the distinctive features of the puntanos, the Lic. de Historia  Leticia Maqueda  together with  Javier Bautista  , researcher and director of the folk dance academy “Andanzas”, commented in detail about those particularities that you may not know about the Puntano village.

“The first thing I would say is that the Puntano people recognize their capacity to respond to the call for collective gestures. And we see it very strong in the face of the gesture of Independence. St. Louis had a strong and proud response. That gesture was a collective undertaking that would not have been possible without the accession of the people. And ours did it with their goods and with their lives,” said the teacher.

He also argued that the puntano has difficulty saying “no” to what is requested, that is why his immediate response is a “yes”.This is one of the distinctive features that its inhabitants have. “El puntano says “yes” and gives life if necessary, and does not boast about that, and this generous response is always in the causes that involve the well-being of the whole people,”  Maqueda said.

Then, the Bachelor's Degree in History was encouraged to draw a parallelism with the present day. “During this 21st century, in the face of the pandemic, there is a gesture of our people because there is a  commitment  and a struggle by all. The people of San Luis once again said 'yes' to this call: they disciplined themselves not to leave and complied with what was asked, from wearing the cap to staying at home, and to all the other rules and restrictions we have had at this time, which have been tough,” he said.

Faced with this good behavior of the Puntanos, Maqueda was surprised that the media did not talk about it, and asked: “Who names us?Who recognizes us?, does any national media recognize our health status or talk about us?”. She herself answered her questions: “It does not matter, because it was always so. We still say 'yes'. And today, in the center of the country, in that lock (as Esteban Agüero defined in the shape of our map) it remains blank. That if we go on like this, is a door to  hope . And that is also a feature of the puntano,” he said.

The inhabitants of San Luis are also characterized by their hospitality. “That has to do with the place where our province is located with its geographical characteristics and our city. San Luis has a huge rurality, always had it and still has it. And in the countryside, hospitality is survival. As before, today the doors of houses are opened for those who need them. Our hospitality is supportive, because it makes our own the need of the other,” said the professional.

Regarding the tonada that puntanos have, it is another distinctive feature that its inhabitants have. “It is another element for which we are recognized. Have a tired and slow way of talking. The point is not about screaming or verborrhagic. It is rather parco and prefers to listen,” he added.

The history researcher analyzed: “The strong change in our social physiognomy occurred with industrial establishment, in the late 1980s, when there was a population hatching. Many people who were not from here came to San Luis without knowing what we were, what were our customs, habits, traditions and history. This installation produces a change that generates the merger between what these new inhabitants bring and what was already,” he said, “In cultural processes what survives is that tradition that society feels as its own, which updates it and gives it a new clothes. That is why state policies were generated that aimed at defending the same, so that this new phenomenon does not take our essence.”

On the other hand,  Javier Bautista , researcher and director of the folk dance academy “Andanzas”, to explain and define how puntano is incorporated the term “geocultura”: “I like to use the word geocultura because not only one analyzes people and their ideas, but also look at the landscape. It is a broader look at the shaping of a society, which sometimes exceeds provincial boundaries, with which I disagree. I think we do have to think about a  cultural region, because many things are related to other places, such as Villa Dolores, for example”,ntilde; aló.

“ We have to broaden our gaze when talking about identity”

Regarding the identity of the Puntano people, the researcher said: “I don't know what the puntanos is, but you can study history and different views on it, as well as recognizing the changes that occurred in different times. I think that in St. Louis from the 1970s there was a substantial change that had to do with economic and social policies that changed their geographical physiognomy. For example, going from three to ten dykes was a geographic change, but also cultural,” he said.

Bautista  recalled an episode that happened during the battle of Pavón, when the federal forces under the command of Justo José de Urquiza clashed with the unitarians commanded by Bartolomé Mitre.

“There was a San Luis squadron among the feds led by General Juan Saá, aka 'Lanza Seca', who was a fierce fighter. According to Nicolás Jofré, in an interview he has with the lieutenant of Saá, surname Ayala, while that group waited on the battlefield in the front row, that is, in the vanguard, Soldier Paulo Ojeda, from Chosmes, asked his boss for authorization for the band to play 'a cueca puntana to dance it in front of the porteños compadrones'. And Ojeda dances that bake making fun of his enemies. See if it is not a symbol of puntana identity la cueca,” he said with a tone of enthusiasm.

Finally, the director of the academy “Andanzas” mentioned some elements he considers as identities of the Puntano people. “I relate dance a lot with life and that's where I find symbols of identity. On the other hand, our breaks and silences, we are leisurely people related to the rhythms of the landscape. It is very common to hear the saying 'despacito and by the stones'. There is content that ours is a mountain landscape and serves to give the advice to be prudent,” he added. In this line, he added that the way of speaking “is associated with a way of accentuating and modular, which identifies me as puntano, just like our landscape, the mountains and their rivers. Also the flora and fauna, which are part of this landscape,” he concluded.