Home People As we are The village of Cutral Có and Plaza Huíncul: the outcome

The village of Cutral Có and Plaza Huíncul: the outcome

Find out how the protests of the neighbors of “Cutral y Plaza” triumphed, a milestone in the identity of this urban conglomerate. 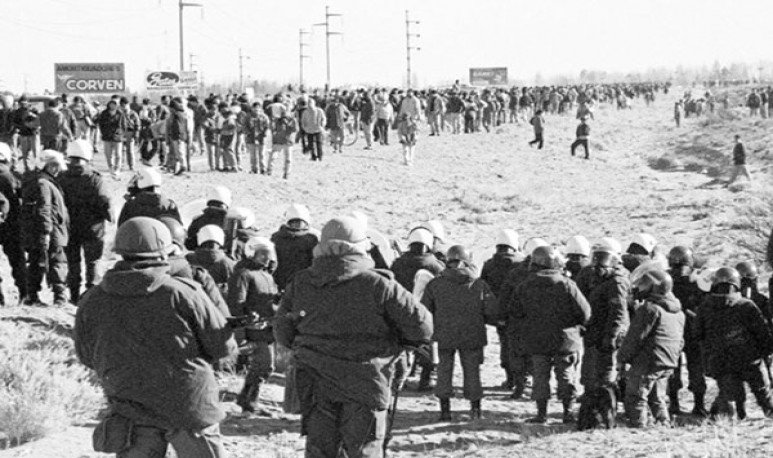 We tell you how the social outbreak began and what were the  creative and supportive methods of the neighbors  of  Cutral  -  Square .

The wage freeze, a devaluation that impact on the pocket of employees, the elimination of subsidies for basic necessities were some of the  mechanisms that gave way to a regressive distribution of income . Of course this hit the provincial coffers of  Neuquén hard. The national territory began the post-Peronist experience with a  fall in investment and lower labor demand . Its effects soon became felt: The  authoritarian response  did nothing but strain the rope and sow the seeds of future clashes.

In this context,  SUPE at the national level initiated the complaint with the Ypefeanas authorities , with a statement that included, among other points, a salary increase of $800, reinstatement of staff dismissed due to political issues and restoration of care service. The authorities responded with a  poor counterproposal, which was rejected  throughout the national territory. The threat of stopping production and starting a strike was scheduled for February 17. The deadline, they believed, was more than enough for the  government and the competent authorities to improve the proposals . However, the government's response was a  despotic dye decree, in which it obliged workers on strike to comply with the orders  of the YPF authorities

The strike began  peacefully  and, as you could imagine, the militarization of Cutral Có and Plaza Huincul took place soon. The head of the 10 Infantry Regiment of Covunco, Andrés Pont Lezica, took over the situation: the octagon was no longer a productive area and became a militarized zone. 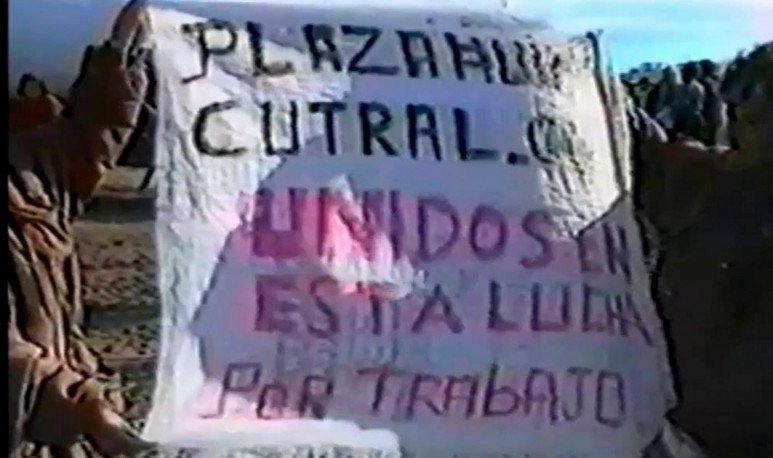 The arrival of the army marked a turning point. This  peaceful climate of the first hours of strike broke when a military operation seized the oil region  . The result was a black spot in Neuquin history: SUPE's headquarters had been occupied and  more than three hundred workers had been arrested . The people felt the harassment and military invasion and did not sit idly by. Virtually all sectors joined the strike.

Collected in San Martín square with flags, posters and chants,  Cutral Có and Plaza Huincul demonstrated their strength and unity.  The military, next to the fire department, attempted to disperse the demonstration by extinguishing the campfires that the neighbors had lit during the night. In these circumstances the first clash occurred:  the protesters repelled the aggression with stones and cut off the hoses of the pump . In order not to multiply the signs of hostility, the officer in charge ordered the  transfer of the detainees  to Cine Petroleum and then to the city of Neuquén. This decision only  deepened the protest . 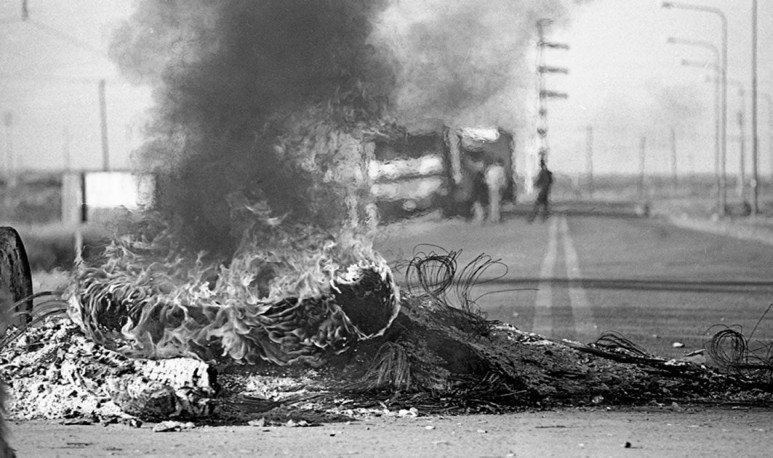 The  flyers and leaflets promoted by the neighbors was key  in the struggle of that February 1958. The paper needed for its production was supplied by  merchants who had folded to the protest. Cutral Có's priest , Ernesto Zsantos, showed his support by giving up the rest of the machinery needed to print the flyers. Once printed, they were taken to harmless a  priori  places, such as the  church or a pizzeria, where clandestine distribution centers function.When the military presence intensified  , it was children, women and old women who handed them home to house.  With the streets occupied by the military, the flyers prevented demoralization from seizing the strikers and giving ideological content to the protest.

Some  neighbors emptied their reservoirs to accommodate YPF workers.   Others gave up their basements to house a number of strikers that were sometimes counted by dozens. The fluid  dialogue between SUPE and private oil tankers  also paid off.   With the fiscal octagon under the watchful eye of Pont Lezica, the Esso camp housed many workers , who were admitted in the uniform of the US company's personnel.

Everyday forms of resistance were complemented by  open manifestations and marches . The ritual began in San Martín de Cutral Có square and culminated in Camp Uno in Plaza Huincul, where  explanations were requested from the YPF administrator and the officer in charge of the military operation.  With workers detained or hidden,  women and children played a stellar role in these mobilizations.  Some practices carried out by protesters do not stop attracting attention. To prevent repression from unleashing, protesters carried with them  Argentine flags of war , since, according to widespread rumor,  they could not be targeted.   The most important march, on  February 19, gathered,  according to the press, about a  thousand demonstrators and was led by the parish priests of the oil region  (Zsantos and Urrutia).

The wage claim was small next to what the neighbors of Cutral and Plaza had achieved: it was the first step to  forge an unprecedented identity in the province . The feeling, according to testimonies of the time, was that  no one could ever put their hand in the pocket of this community again.  Thus, the goal of the national government  to reach the elections in peace, flatly failed.   Simultaneous stop-offs in four sectors (banking, construction, oil tankers and partially railway) were combined so that this did not happen.  Perón's blank vote and support for Frondizi marked a new time in national politics and these two localities would not be the same again after that February 1958.

The scarce results of the repressive strategy pushed the government to decide on dialogue. The first sign was to lift the decree establishing the illegality of the measures of force. With this ceasefire, meetings between SUPE and YPF began and concluded with a preliminary agreement on March 4.