The residents of Sarmiento, in Chubut, in less than a week gathered more than a million pesos for the local hospital. 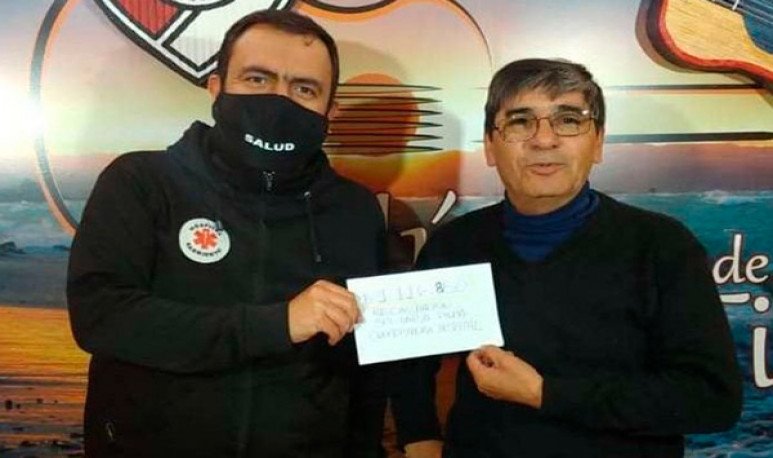 Sarmiento   is a town located in the south of the province of  Chubut  . Located 165 kilometers from   Comodoro Rivadavia  , it is part of the Senguer River Valley and has just over 20,000 inhabitants who did not hesitate to join a campaign for the benefit of the hospital and collected more than a million pesos.

The initiative was Miguel Rojas, a 62-year-old neighbor , retired from the oil sector who grew up in that locality and for 20 years conducts a folk radio program,  Música de mi tierra , that mecha also with solidarity issues and that also had a television version that is still in force.

His idea arose when he learned that a neighboring sarmientine had died of COVID-19  . Faced with this, he decided to promote the campaign to collect 250,000 pesos to buy an automatic ventilator for the hospital, but the response of the neighbors met and far exceeded their expectations and had an immediate response.

Rojas's idea arose on a Sunday, on Monday he commented on it on the radio and  after three hours he had already managed to get the neighbors to collaborate with more than 240,000 pesos.

Some neighbors directly transferred the money to the cooperative account of the Rural Hospital while others approached the radio to leave the cash. The solidarity initiative added volunteers, as another large portion of the proceeds was thanks to the collaboration of two remitters and staff of  Music of my Earth . No one imagined it would have such an impact.

The collection ended up being more than a million three hundred thousand pesos, Miguel said proudly. Since, between the beginning and the end of the campaign, the Ministry of Health Chubuten sent a respirator, it was decided to change the destination of the collection, although always thinking about the hospital. That is why safety equipment was purchased that will allow health personnel to be protected from  coronavirus .

Also,  given the success of this call, a similar one began to help the Guardia Urbana, the Police and the Mounted,  and Rojas hopes that the Sarmiento people will once again show that they are in solidarity.

The solidarity of Miguel and all Sarmiento

The hospital was not the first and will not be the last solidarity initiative promoted by Miguel Rojas, who since 2000, when his program had only been on the air for a few months, helped a family who had lost their belongings after a storm. And from there he drove as much charitable activity as he could.

He finished a paste frola for 2,000 pesos, along with the channel where  Music of my land is broadcast helps cancer patients with a solidarity amount that allows them to pay expenses in case they have to travel to Buenos Aires to do their treatment.

His health asked him to reduce his enthusiasm, as he held solidarity television marathons of more than ten hours on the local channel. The last time he did one, back in early 2019, he collected more than 160 thousand pesos in another solidarity initiative, but it was the last: being in the air he “blocked” and came home with a pain in the head.After studying, doctors warned him that there were many hours and that that could cause him a stroke.

However, this encouraged him to innovate and continue to promote solidarity actions, such as collecting a voluntary membership fee of 100 pesos to help those who need it up to a maximum amount of 3,000 pesos, such as buying medication or other need that merits it.

His next step will be to create a foundation so that these actions will not generate any tax problems after the suggestion of bank employees, who know about their solidarity.

Without a doubt, the people of Sarmiento are in solidarity, and they found in Miguel Rojas a man to whom they trust their solidarity.