Home People As we are The Romeo and Juliet Guaraní

The famous Shakesperian story had its correlate among the Guarani of the red land. You know it's not going to end well. 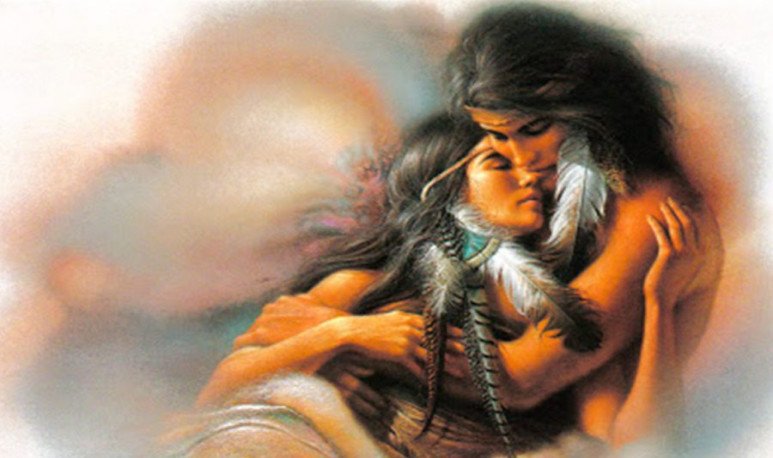 The Enchanted Jumping   , located in Leandro N. Alem, is one of the most striking jumps in the province of Misiones. The water goes down from the Cuña Pirú stream and falls from a staggering cliff located 64 meters high.   In that place, the Guarani tell, a story of Shakespearean dimensions happened   . A plot full of passion, romance and drama, a lot of drama. Today, only as a silent witness to that exciting legend remains the mysterious Salto Encantado.

Two enemy tribes lived in the jungle of Misiones. The chieftain of one era Aguará and that of the other, Jurumí. Aguará had a beautiful daughter named Yete-i. As is often the case, it was intended by all the chiefs in the region, who offered immense wealth by their hand. Jurumí, the fierce enemy, had a son named Cabure-i. The young man, as is often the case, was famous for his bravery and dexterity in war and hunting.

As in Romeo and Juliet, he wanted fate (or chance) for both young people to meet one day   . Cabure-í walked through the jungle in search of hunting, when he was attracted by a young girl's cry of terror. He ran there and, in a glade of the mountain, he saw the most beautiful Yete-i about to be attacked by a gaguareté. Cabure-i nailed his spear into the heart of the animal, and threw his triumphal sapucay announcing the death of the beast.

Love among young people was born at that time as by a magical enchantment.   But, as in the Shakespearean drama, the problem came when his parents found out   . His tribes did not admit this love and again fought bloody. Instead of the Capulets and the Montesco, those who fought in this story were the Aguará and Jurumí.

A sad ending, but without poison

Yete-i ran to the combat camp shedding tears of distress. Those tears, touching the ground, formed a crystal clear thread of water. When Cabure-i saw her on top of a hill, she ran to her and took it in her arms.   The Guarani warriors of Aguará fired their arrows at Cabure-i and those of Jurumí towards Yete-í.   At that moment deafening thunder made heaven and earth tremble. The floor broke off to keep the dead lovers. At the astonished gaze of the fighters, the waters of the stream formed by tears of Yete-í flooded the young.

Tupa, the Guarani god, with his power over all things, had created the Enchanted Leap. There, it is the only place where the Romeo and Juliet Guarani can love each other in peace.