Home People As we are The noterer

The noterer - a unique figure of our country. 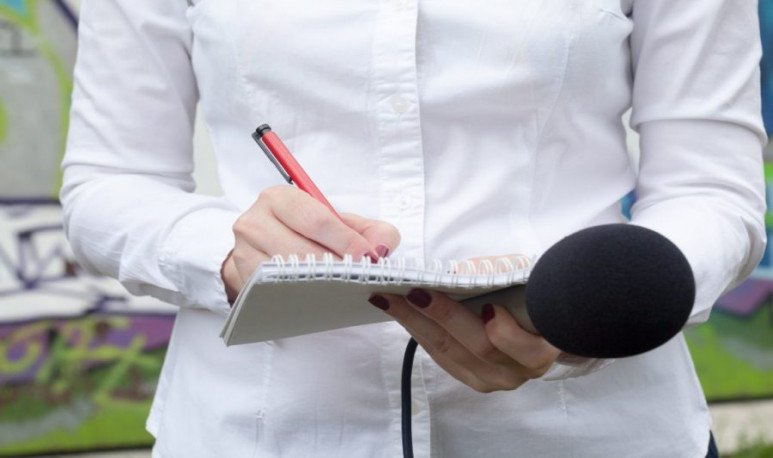 If there is something that really distinguishes us from any other culture, let's not say worldwide, but I encourage myself to say that interplanetary, universal, galactic, is the noterer, especially the  television noter.  . The noter is a guy who doesn't know much about anything, and that producers use as an absolute wild card. I mean, he does know a lot about something: to think he knows. Today he has to cover the summer in Parque Norte and tomorrow a demonstration in Tribunals. Last interview with the winners of the Davis Cup and next week he goes out to ask people on the street what they think about the rising rates. His  métier , his craft, demands him just that: to be a chameleon, to be able to play (always above, as superficially as possible) any subject. Not only did he surrender all the subjects in whatever his technicature has been in  journalism , but in the practice of his work he is permanently formed in the art of “let's talk without knowing”.

The noter goes to Mar del Plata in January and asks the Cordobeses if they remembered to take the fernet. The noterer smiles at camera, breathed. We can enjoy it from a short plane where only wear the dress from the waist up: shirt, tie and jacket. We all know that, surely, there is a flowered swimsuit and colored flops on the part that does not focus the camera.

The noter is that he who “saves” people leaving supermarkets at the end of the year and asks them how the prices are. Or run in the halls of the shopping on December 23 at night to interview the hung people who didn't make  Christmas shopping  on time. The more despair, leftover and anguish in the faces of buyers manages to grasp our noter, the note will be much, but much better.

But the notorious superhero is undoubtedly the one who has to cover political demonstrations. Demonstrators often face the interview calmly and have the reasons for their demonstration calmly. In those cases, the noterer has a good day. But, at other times, quite the opposite happens: protesters identify the noterer, know what news he works for, and assume his political ideology. And poor noterer. There he is forced to receive insults, threats and, in the worst scenarios, even a beating. There are countless videos on the internet where they show this deplorable attitude and we have nothing but to empathize with journalists who face these situations only try to save their life and their microphone.

And it seems to me that Argentines are all a little noteous. On the one hand, we are “all terrain”: wherever you have to go for a good cause - do a favor to a friend, work on whatever it takes to survive -, come on. We're also noteers when we fly the flag of talking to speak. Let us think about how we defend questions (economic, political, medical, scientific, literary, musical, historical, philosophical) whose principles we deeply ignore. Perhaps, hopefully, we have read a little on the internet about the subject in question, or by zapping we have seen a panelist (who didn't know much, of course) say something we're willing to repeat, or, at best, we've watched a documentary on TV. But one problem we have, or that I and the people around me (I do mea culpa, of course) is that we consider that we win an argument when the “adversary” is left unanswered. Plato, in La República, wanted to expel poets because they were not useful to society. How would I have liked you to live in the 21st century. What would you think of how the  story became? In one of those, I'd be noteous. Arguments would not have missed him.

From Paris to Sarajevo