Home People As we are The Neuquino hymn, pride of its inhabitants

The Neuquino hymn, pride of its inhabitants

Beyond the fact that some Neuquinos interpret the anthem as the best in the country, the lyrics of this is a caress to the rest of the suffered Patagonian provinces. 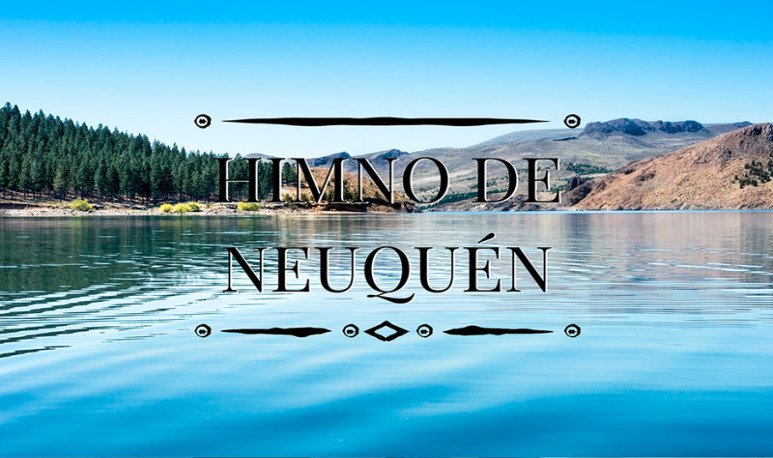 Neuquins are proud. They have volcanoes, fresh water, tourism, oil, nuts and above   boast of having the best provincial anthem in the country.   Pass by, listen and draw your conclusions

History of the anthem

In 2016, the Neuquén Legislature instituted the   March 1, as the day of the Anthem of the province of Neuquén.   The date responds to the tribute to   Osvaldo Arabarco   , one of the creators of the hymn, who died on that date but in 2015. As a historical review, it is commendable to note that the   29 February 1989,   the then Governor of the province, Don   Pedro Salvatori   , he called   competition for selection   of what would later constitute lyrics and music of the   provincial anthem.   On 23 August of that same year, with a jury composed of 18 persons,   the lyrics and music composed by Osvaldo Arabarco and Marcelo Berbel were approved.

Neuquén Trabun Mapu (Neuquén, Land of Encounter   ) is a composition   poetics   adopted as an official anthem. However the original song has four stanzas and a chorus and the original score is for guitar with   an intervention by tahiel (tayül, traditional mapuche song) in the chorus.

The letter claims   mapuche culture   and highlights   benefits of nature   neuquin. This is partly because   Marcelo Berbel,   historical neuquino folklorist, has marked the   mapuche village in its roots   . This prolific composer from Plaza Huincul, was   friend of Pablo Neruda   with whom he composed some songs. In addition   their songs were played by big musicians   , such as Jorge Cafrune, José Larralde, Soledad Pastorutti, Leon Gieco, Malón and Rubén Patagonia

I grew up in the commitment of a valid breed with the sky in the lakes all the wind in the voice. With a faith always nurturing springs and a landscape of time that filled it with love.

II He was baptized in the glory of the santarina water coming from the divine snow spring; and in the pehuenia mother was born his strange flower that when dreaming distant left her life to walk.

Chorus Neuquén is commitment, let the Homeland say so because humble and mestizo remains root.

From the tree, hope, mountain manna that ripens in Nguilleu the happiest fruit. And his Mapuche tahiel today is singing to the country Neuquén, country, country.

III The reason of his idea came to look at distances and discovered another aurora standing on the Lanin; and he saw for the first time the skin of different men and without losing his line melted a new skin.

IV A harbinger of machis runs through his blood, multiplying loaves, just like Nguenechen. His vocation as a village throbbles in the torrents and bursts in suns far away with another dawn.

The   today in Patagonia responds to one of its toughest moments.   The fires in Chubut and Rio Negro break the hearts of lovers of this region into a thousand pieces.   The Neuquino hymn, whether the cutest or not, should be interpreted as a caress to the painful Patagonian essence.

Day of the Argentine National Anthem

Maxi Raco: the sculptor who made himself traveling, from Neuquén to the world

A custom and a belief to meet the Mapuche people

Lucas Moscariello: “When we are together, an inner force appears that gives us a plus”