Home People As we are Nap is not sacred: it's survival

For heat, habit or fear, in Misiones he sleeps nap, yes or yes. Is there another option? We tell you about this typical custom. 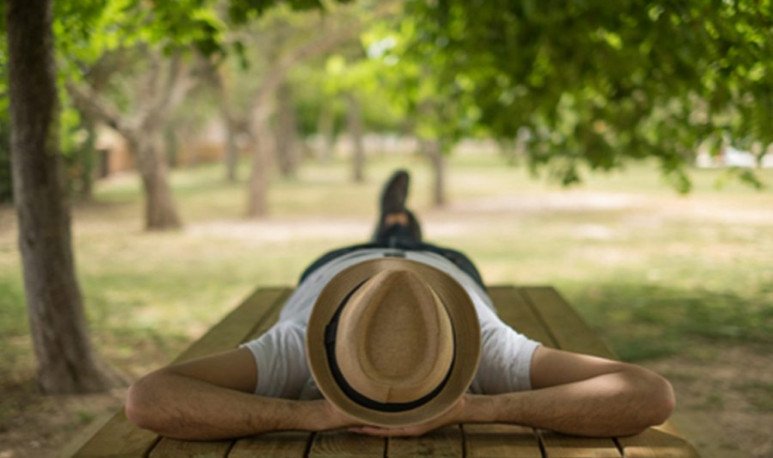 The siesta is a custom widespread in most provinces in the  interior  of Argentina. In Misiones, from the north to the south of the province, from villages to small towns, they all “sleep”. Even in Posadas, the provincial capital. Between one and four o'clock in the afternoon, three quarters of the population go to bed. Why so?

History says that the first naps were not the missionaries, but the Romans . The word comes from the Latin  Sixta,  which means “the sixth hour of the day.” For them it was midday, the hours between 13 and 16 hours. Just like for the missionaries! The truth is that the  tradition  of sleeping in the afternoon spread throughout all the houses of Misiones.

Reasons to sleep nap: should you have one?

There is a whole  controversy around the nap  . The inhabitants of the big cities see in it a hint of laziness. However, there are many studies that claim that a few minutes of relaxation during the day help to  regain energy . It also allows you to unload anxieties, unlock the mind and stimulate creativity.

In  Misiones , nap has such a remote origin that looking for the causes of it can be impossible. Naturally custom is a factor that explains why so many people rest at the same time during the day. If the  missionary grandmother  sleeps, it is understandable that the daughter continues to do so and the granddaughter, the great-granddaughter, etc.  At some point it ceases to be a custom and becomes an obligation , if not, ask the missionary children.

In the red earth the heat of the midday lashes. But it's really whippering. So much so, to get out, you have to do it with your head down. The sun is very strong, and if a bindy does not run, it is better to stay at home. The missionary heat is underestimated by Argentines, but falls into the category of extreme weather.  10 years ago, a fan refreshed, today you can only  survive the summer  with an air conditioning . Keeping away from high temperatures in a refreshing nap became a matter of survival.

In Missions, the nap has its monster apart. It doesn't matter if it's daytime and the sun is fine up encandiling the deserted streets, the  pombero  is there. Or at least that's what grandmothers and mothers tell their children to nap. The Pombero is part of missionary mythology. A being in many ways, but basically takes children between 13 and 16. What better idea than sleep instead of exposing yourself to the dangers of kidnapping? In this case,  also for children, standing, albeit with open eyes, is a matter of  survival  .