Home People As we are The incredible sabalero phenomenon

Colon and Los Palmeras surprised by coming a 2019 trending topic. The story of the hit “Soy Sabalero”, take a furor on the radios and bowling. 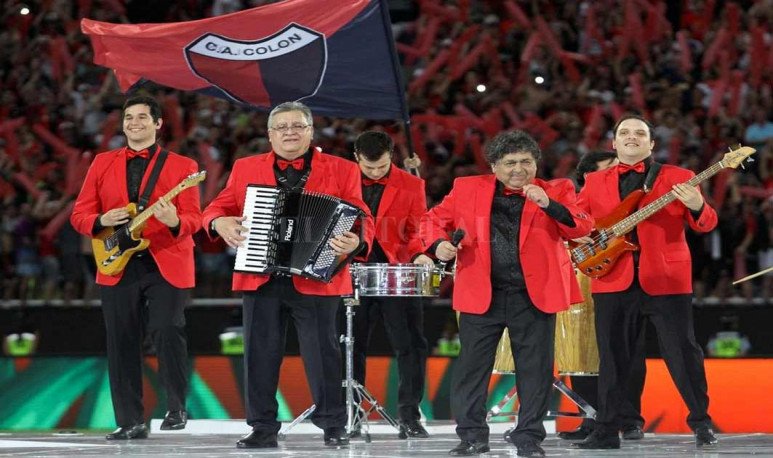 There are two stories that are easy to tell, linear and, more or less, known to everyone:

Santa Fe Columbus reached the Final of the Copa Sudamericana and, losing it, was in the memory of the massive mobilization of 40,000 supporters of the Sabalero.

Los Palmeras, one of the most important tropical ensembles on the continent, achieved another great success by reversing their own song “I am a parrandero ” with a letter allusive to Columbus, team with which they always identified. The commercial success was a major one.

What is difficult to explain is the cultural phenomenon that these two stories generated.

The word “Columbus” was among the most searched on Google last year, elbbing with “Sergio Denis”, “elections” or “Natacha Jaitt”.

There was a girl who, newborn, was officially registered in the civil registry as “Aeea”.  Yeah, yeah. That's his name. No Soledad, not Marina, Ximena, not Karen. Aeea: as the chorus of the song Los Palmeras says: “Aeea, i am savalero”.

The other day they sent me a video of an aquatic complex in Entre Rios, where everyone is fans of River or Boca. On a Saturday afternoon, with hunds of people enjoying the swimming pools, suddenly sounds “Soy Sabalero”.  Total uncontrolled.  Everyone jumping and singing. And the same is repeated with nightclubs through and across the country, and even other parts of Latin America.

We're talking about Columbus, ladies and gentlemen. A team from the interior of the country that never won a professional championship and does not usually look in the big media.

We're talking about Los Palmeras. A cumbia group that, although very popular, plays music that has nothing to do with reggaeton, trap, indie or electronics trends.

What caused everyone suddenly to go crazy when it sounds “aeea, i'm savalero”?

I think it is to identify with the poor , with whom he sacrifices, with whom he goes far on the basis of effort. Is there any compassion? It may be. But heal. That afternoon, everyone, absolutely every Argentinean wanted Columbus to win the match. Many did not know that, sportingly, the team was far from its rival, which was just the winner.  But perhaps that also affected the sympathy that the savalero, who comes from one of the poorest neighbors of Santa Fe, generated in millions of people.

Can Columbus take part in a similar instance again, in sports? Maybe yes, maybe not.

What is left is that “I am savalero” became another phenomenon that is already part of Argentinity.