Home People As we are The headless rider existed in Mendoza

He's a world legend, but his Mendoza version has the necessary livelihoods to believe that the headless man could have come out of here. 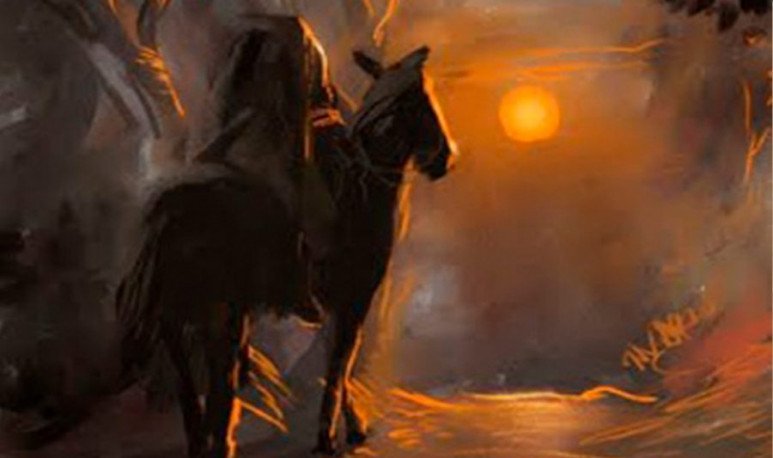 The bloody legend of a beheaded man, who walks on his horse killing people,  dates from the  stories  that were told in the Middle Ages . Thus, it has persisted over the years in different regions and cultures. Many have given him their own imprint, but they have all respected the base: a headless man who likes to kill.

Mendoza is one of those regions. On a summer stove, during a starry night on the mountain or at a meeting with  friends , any time is to try to give a spooky touch to the conversation.  From a very young age we are warned about the alleged existence of “El Futre”. This is his story.

Towards  the end of the 19th century , a spectacular engineering work was built: the  Transandino Railway .  In 1887, the construction of the railway , which was initially in charge of a Chilean company, was commanded by the Transandine Construction Company , an English company . With the imposing Cordillera de Los Andes as the stage, in the remote town of Las Cuevas ,  a Mr. Foster was dedicated to making payments to day laborers  working on the installation of the railway line.

It is said that this character of English origin had a slender figure and an elegant walk, and that he always wore an impeccable suit.  Because the inhabitants of the place could not pronounce his name well, Mr. Foster was nicknamed “Futre”,  which in Cordilleran language literally means “man who likes to dress elegantly”. It is that  the day laborers used to have a ragged appearance and worked from sun to shade , even against the inclement weather,  contrary to Foster who took refuge in his comfortable and temperate office .

The beginning of the legend

One day,  a snowstorm surprised Foster, forcing him to spend the night on the mountain . In the middle of the morning,  some bandits took him by surprise and stormed the shed where the Englishman was located, the evildoers   murdered him and stole the money from his payments .

The next day,  Foster was found  without the money and without his head . It is said that,  from that night, a man dressed in an impeccable black suit, runs through the  mountains  of Mendoza . El Futre surprises unsuspecting travelers to ask them about their stolen money and then evaporate. There are even those who claim to have seen the phantasmagoric figure prowling with his head in his arms. In addition, there is a tombstone with his surname engraved in the  Uspallata cemetery. For this reason, it is believed that his body rests there.

A Santafesina in the Nobel Peace nominated team

The father of the New Latin American Cinema

The Lionesses and Rosary: One Heart