Home People As we are The football rapporteur.

The football rapporteur: a fundamental figure in our lives. 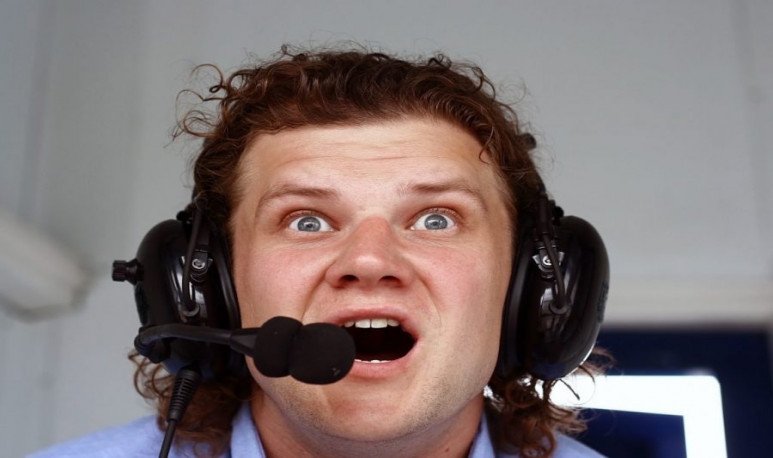 That  football  generates unfortunate passions  (and I'm not talking about violence, that is crime, without euphemisms) does not deserve to be discussed. Actually, it's a statistic I never did, but if we started to analyze males' tattoos, taking out those that have a purely aesthetic value, I guess football related ones win by 8 to 2. We have metaphors related to football that serve us for any moment of life (“we get behind,” “Doe doesn't end a good,” “Sultan is a Comilon”). But I think that where it is most noticeable is in the rapporteurs, in the way they have to make us live the party as if we were there. I refer, in particular, to  radio rapporteurs. The best of all.

There's a  Simpsons  chapter where Springfield sets up a football team. The whole town is revolutionizing and going to the court to watch the match. At one point, they begin to detect that it is a sport that does not have a lot of fun and to graph it (the Simpsons are the geniuses of this type of gag), they show Kent Brockman recounting the match, completely boring, about the soponcio. In the cabin next door there is a completely passionate Brazilian rapporteur, recounting a pass to the side as if it were  Diego's goal to the English . I think there is everything: the passion with which you experience the same episode transforms the episode into itself.

I, particularly, horse racing don't move my hair, but once I went to the racecourse to see what it was and I saw people alienated, as if in those 40 seconds their lives were off. Some are going to tell me: there is silver at stake, of course, I understand it, but there is also silver at stake in the euro price and I don't see people screaming at the gates of exchange houses. I think this is what football rapporteurs (I insist, especially radio), understood perfectly: they tell us the  match  as if it were the best of their lives, even if it is a horrible zero to zero. And the magic, I think, is that for the listeners they end up turning it into a match. Maybe, hopefully, they'll live it like that, too.

If there were a dictionary with the names of emblematic football  rapporteurs  ,  Victor Hugo Morales should definitely be on the first page. It is widely recognized in the middle for its mental capacity and its great general culture that make it unique and manages us to forget, we must say, some minimal mistakes he makes during the matches. He started his career in 1966 when he was 19 years old, so he has an indisputable career. He's Uruguayan, but like Gardel, we're sorry Argentinian.

Turn on the radio in business, in the car or anywhere and listening to Victor Hugo recounting a match reminds us that we are in Argentina. It seems absurd, like a passion for football, but it is.

With his cries of goal so characteristic and his phrases as poetry he throws when a team wins a transcendental victory, Victor Hugo Morales achieves emotion and recognition even of those who do not like football. And not to mention his special stories that remain mythical for the history of sport in our country, despite the passage of time. Who does not remember - whether he lived or not at that time - his narration of  Diego Maradona 's goal to the England national team on June 22, 1986 during the World Cup, known as Gol del  century. During this story, the journalist named Maradona as  “cosmic barrel” , a nickname as immortal as the Ten:

Enrique hooks, he's going to play it for Diego, there is Maradona, score it two, step on the ball Maradona, starts the genius of world football on the right, leaves the tendal and will play for Burruchaga... Always Maradona! Genius! Genius! Genius! Ta-ta-ta-ta-ta-ta-ta-ta... Gooooool... Gooooool... I want to cry! Good God, live football! Golaaazooo! Oh, Diegoooool! Maradona! It's to cry, forgive me... Maradona, on memorable tour, in the play of all time... Cosmic barrel from which planet did you come to leave on the way to so much English, so that the country is a tight fist screaming for Argentina? Argentina 2, England 0. Diegol, Diegol, Diego Armando Maradona... Thank you, God, for football, for Maradona, for these tears, for this Argentina 2, England 0.

For those of us older, listening to Victor Hugo automatically transports us to our childhood home, when radio and match were the soundtrack every Sunday. It makes us travel with our ears to other simpler times.