The National Capital of Empanada inflates the chest because it has the first sculpture in homage to Diego Maradona. 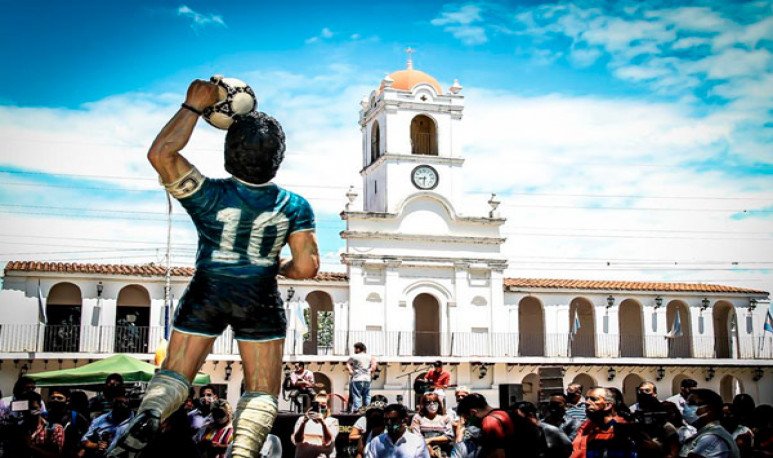 On January 8, a sculpture was inaugurated in homage to  Diego Maradona  in Famaillá,  Tucumán , and to the pride of those who live in the National Capital of Empanada said that the statue is the first in the world.

The play emulated the mythical  goal  of the best player of all time against England in the 86 World Cup and was placed on the Paseo de los Entrepreneurs, in front of Parque Tem& aacute; Historic tico of Famaillá. For his part, the mayor José Orellana had the initiative of the tribute arguing that he wanted a work that is unique and innovative and represents in a single image everything that Maradona was and meant for all Argentines.

If we consider that Famaillá is one of the localities that has more sculptures in the north, about 300 works that adorn the city, for the Tucumans perhaps it was not a surprise the initiative to immortalize Diego, but what did surprise the Maradonians from the rest of the country was that the work generates astonishment for being the only one in the world, as they argue in that place, and that is why hundreds of  fans  traveled to this city that dressed as a gala in an exciting act.

“The twin Orellana” as they call the mayor of Famaillá, described the event as very important, since this place has become one of the first municipalities to have a sculpture of Maradona with”  La Mano de Dios ”, in turn commented that when Diego scored the goal to the English, he hit the slap and there he became The Hand of God, and that sculpture in life in image travels the world, but in sculpture was not done, Orellana told the local press. 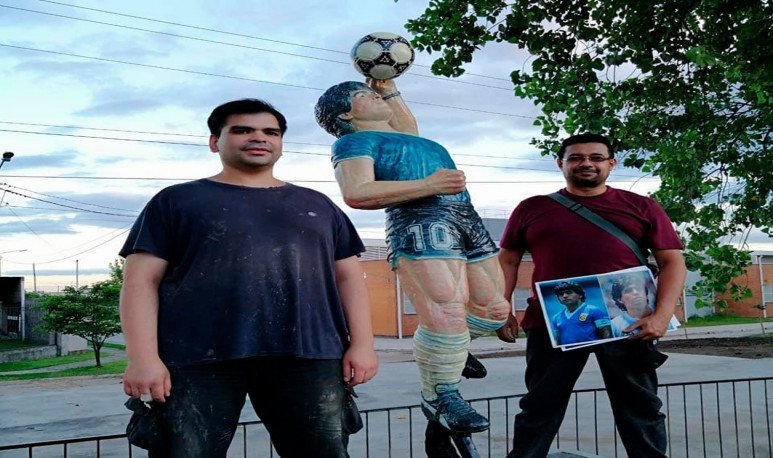 This is the name of the sculpture in homage to Maradona who, increasingly, fans approach her to take a picture with the image of the athlete who made you cry with emotion when he gambeteed like no other in his golden times. Diego's life-size statue was inaugurated under a radiant sun and trees that decorate the Famaillá Historic Theme Park, where football stars fans were present in an act that thrilled everyone.

For his part,  David Acevedo , director of tourism in the city, explained that before inaugurating the work they requested authorization from the daughters of Maradona, Dalma and Giannina since the initiative was always from respect and a way to give back to everything that Diego gave to the Argentines.

On the other hand, the official thanked the artists who made the work and stressed that he did it in just 20 days. He also stressed that it is Maradona's first post-mortem sculpture and the first to be made in the world remembering La Mano de Dios. In addition, he commented that the work is part of the 300 replicas that were made in the city, including the Cabildo, as well as statues of great personalities, which are part of Famaillá's tourist attractions.

It should be noted that during the ceremony a video was projected remembering unforgettable moments of Diego Maradona and the massive farewell they did to him at the funeral at Casa Rosada. Undoubtedly, it was the most emotional moment that Tucumans lived during the tribute.

In this way, The National Capital of Empanada received hundreds of fans to pay tribute to football star Diego Maradona, where his figure was immortalized thanks to the artists  Tucumanos   Bruno Salica  and Angel Moreno  .